Youth add their voices to the cry for justice 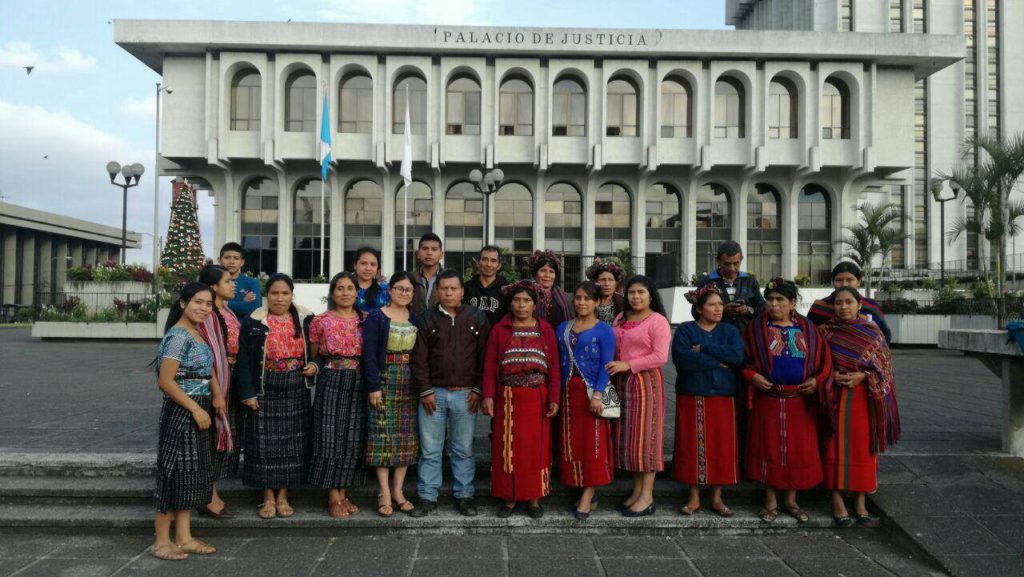 Friday, December 1, marked the seventh trial date since the case for genocide against Efraín Ríos Montt and José Mauricio Rodriguez Sánchez was reopened on October 13. Three Ixil witnesses shared stories of survival in the face of the military’s extreme brutality over the course of several years.

Present at the trial were more than fifteen members of the AJR, nearly half of them youth. After more than twelve hours of travel, they arrived in Guatemala City to stand in solidarity with the Ixil genocide survivors who shared their testimony. 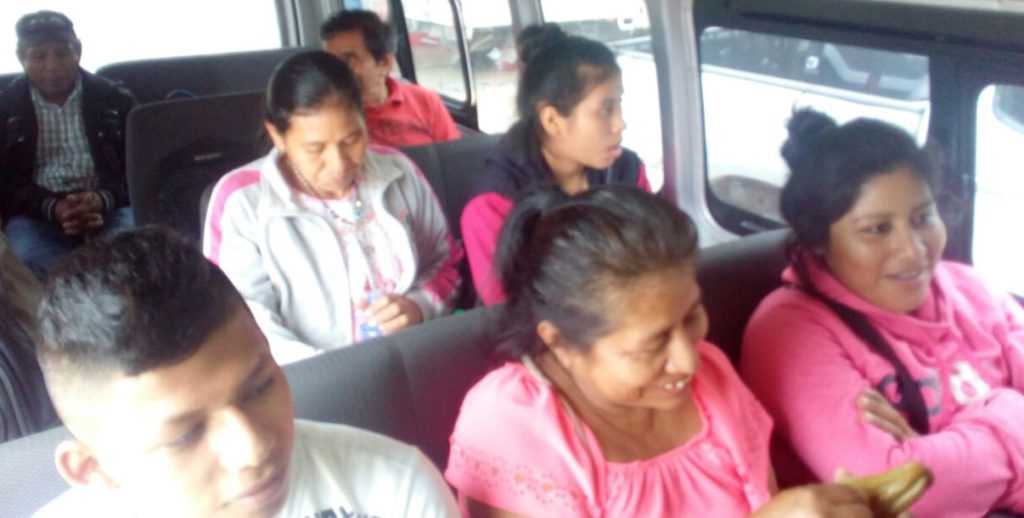 Several generations of AJR members shared a long journey together to the capital to be present with Ixil genocide survivors. Photo Credit: Luis Tojín Pérez

As the genocide trials go forward, the children and grandchildren of survivors have joined in the ongoing search for justice. When asked what brought him to join the AJR, one youth member, Luis Tojín responded, “Seeing all the processes for justice that there are nowadays made me want to get involved. Even though my father hasn’t achieved everything he wanted in terms of justice by himself, I’m here. He told me in his own words about what happened [during the internal armed conflict] – and the struggle for justice for those crimes shouldn’t only be in the hands of the victims, but rather the generations that have come after. It’s not only about judging those who committed abuses before; it’s about making sure that those abuses never happen again. That’s why we remain in the struggle.”

Luis’s father, Emilio Tojín, echoed those thoughts, saying “As survivors have gotten older, we’ve gotten the youth more involved. If they don’t get involved, how will the struggle for justice continue on?” He explains how he exposed Luis to his work for justice from an early age, “I’ve long been interested in seeking justice against the military and since he was young, I have invited Luis to come along with me to meetings with the AJR, with CALDH, and more. That’s how he got started in this work.”

Youth throughout Guatemala have not only joined survivor organizations and provided solidarity through their physical presence, but have also creatively worked to defend the memories of those who were killed and disappeared during the conflict. Through marches, popular education, theater, and art, youth have stood to protect the memory of their ancestors, to join in their call for justice, and to ensure that those crimes never happen again.

NISGUA celebrates these youth who stand in resistance to the erasure of their history. If you’d like to support our work and have those inspiring youths in mind all through the coming year, consider purchasing the 2018 calendar “Youth in Resistance.” 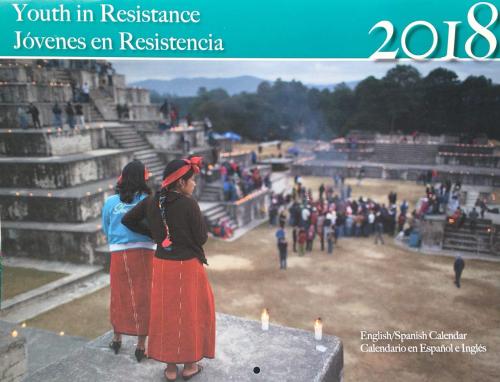