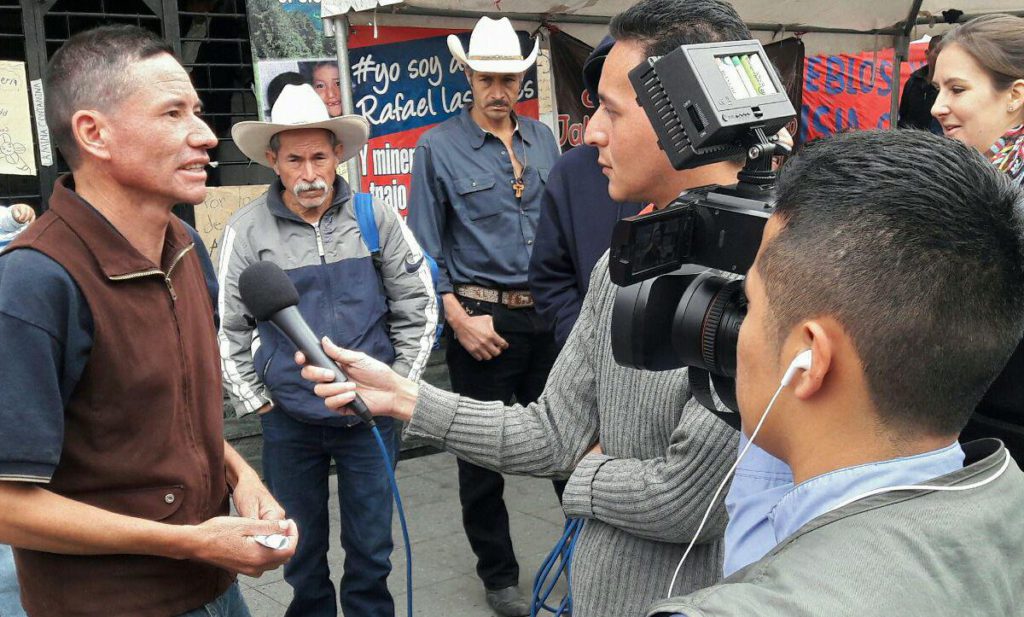 Peaceful Resistance of Santa Rosa, Jalapa and Jutiapa member from Santa Rosa de Lima speaks to the press during a conference held at their second permanent resistance camp in front of the Guatemalan Constitutional Court on November 29.

Community members from Santa Rosa, Jalapa and Jutiapa have been camped in front of the Guatemalan Constitutional Court for almost a month to protest the impacts of Tahoe Resource’s Escobal silver mine in their territory. Yesterday, they held a press conference in which they reaffirmed their resolve to stay put until the court justices make a legally founded decision in a case that could permanently close the world’s third largest silver mine, a project that has been met with broad community opposition since its inception in 2010.

The following is a translation of the press statement issued at the permanent peaceful resistance camp in Guatemala City on November 29. To read the original version in Spanish, click here.

The Xinca People’s Parliament of Guatemala and the Peaceful Resistance of Santa Rosa, Jalapa and Jutiapa regarding the incidents that have occurred in the last few months: to the media, different companies, Guatemalan state institutions, and the general public.

Let it be known:

Before the distinct communication outlets, due to the aforementioned we denounce:

Therefore, we call for: