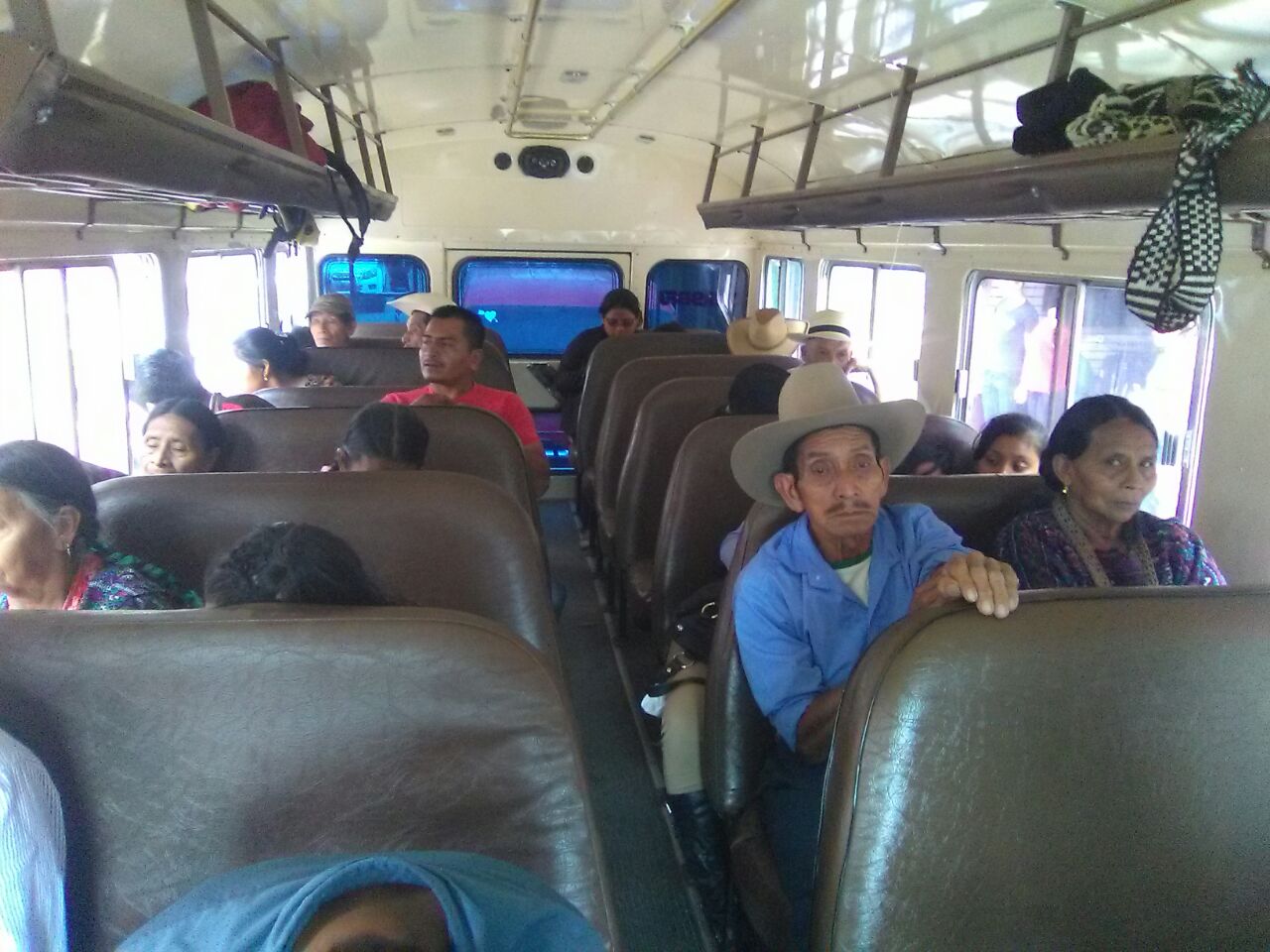 Today, Survivors of massacres in the 80s from Chimaltenango traveled to participate in the trial against Rodríguez Sánchez for the Ixil genocide. The AJR (Association for Justice and Reconciliation) is made up of survivors from 5 regions in Guatemala and solidarity between communities has been their foundation since their formation. ¡AJR Presente! Photo credit: José Silvio T.

On October 13, the Ixil genocide case trial opened once again against former dictator Efraín Ríos Montt and José Mauricio Rodriguez Sánchez, former head of military intelligence, in the second attempt to retry the case after the 2013 trial, verdict, and sentence convicting Ríos Montt of genocide. While affirming the continued validity and historic importance of the 2013 sentence, witnesses from the trial have agreed to reappear in court and share their stories publicly.
Read survivors’ perspectives from October 13 here.

The constitutional court decision to suspend the 2013 genocide sentence, which witnesses have called into legal and ethical question, has led to this second attempt to re-try the case, with the defendants now being tried separately.

Witnesses and survivors will pick up where the last re-trial attempt ended in May 2016 and will give their testimony before the High-Risk Crimes Court “B” every Friday until all witnesses are heard.

During today’s hearing, witness Tomas Chaves Brito told the court that Guatemalan army members killed their families, burned their village, and cut-down their harvest, forcing them to flee into the mountainside.

Witness Diego Cedillo Santiago testified that Guatemalan army soldiers entered into his grandmother’s home and lit it on fire. #JusticeForGenocide