Xinka Parliament: Ministries have failed to execute consultation over Escobal mine 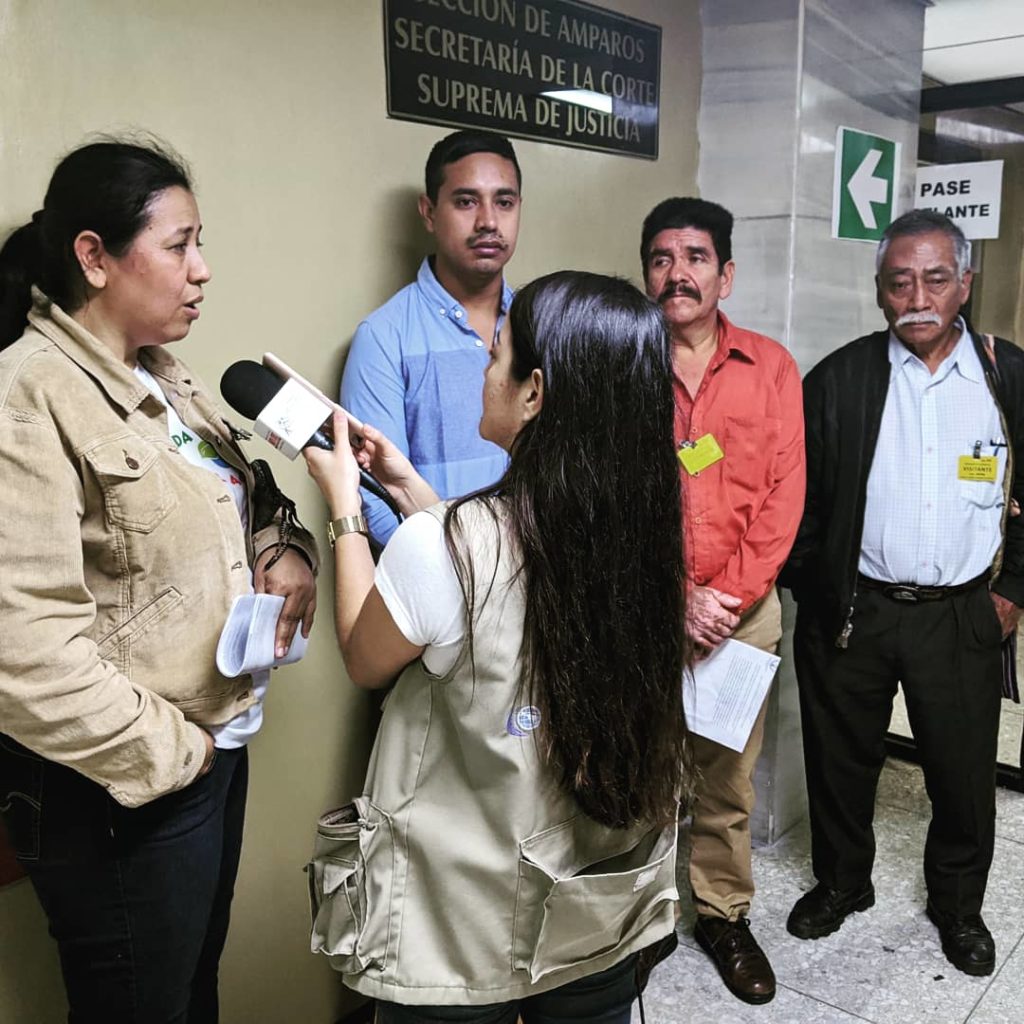 Representatives of the Xinka Parliament speak with the press following their press conference on December 18.

It has been a year since the issuance of the enforcement order of the Constitutional Court decision mandating consultation with the Xinka people regarding the Escobal mine. In this time is has been made clear that the government’s intention is to benefit Minera San Rafael by carrying out a completely flawed consultation process. This process has infringed upon due process and the Xinka people’s rights which are consecrated in international mechanisms and standards regarding Indigenous peoples’ rights.

Monitoring and reporting by the Human Rights Ombudsman (PDH) demonstrates that the Ministry of Energy and Mines (MEM) and the Ministry of Environment and Natural Resources (MARN) committed repeated violations and breaches of duty in their fulfilment of the Constitutional Court sentence that ordered the consultation of the Xinka people. The PDH determined it was necessary to recommend these ministries revoke the decisions issued to date in the consultation process, and that they issue new decisions, respecting the orders of the Constitutional Court and the Xinka people’s rights.

These reports and records [issued by the PDH] demonstrate  that the Minister of MEM has attempted to move forward with a consultation process without the participation of the Xinka Parliament, in clear contradiction of the Constitutional Court order. Meanwhile, MARN has issued different [administrative] decisions that violate due process. MARN has not included full participation of the Xinka people in all phases of the consultation as ordered by the Court, such as the review of the area of influence and the Environmental Management Plan. These acts specifically breach Article 7.3 of International Labor Organization (ILO) Convention 169, which establishes that the state is obligated to include participation of Indigenous communities in the realization of studies related to the impact [of a project].

The behavior of both ministries clearly responds to the manipulation and intervention of Minera San Rafael S.A. as evidenced in the meeting convened by the Minister of MEM, on August 29 of this year. Representatives of the Community Development Councils (CODODES) requested the suspension of the meeting due to the [MEM’s] failure to include the Xinka Parliament. Before suspending the meeting, said Minister met for more than an hour with the representatives of Minera San Rafael S. A. This is evidence of the influence of the aforementioned entity in the consultation process. In addition, this mining company, on a recurring basis, is taking actions that provoke and polarize the region, showing its lack of good faith.

Since February of this year, we the Xinka people have communicated to the Ministry of Energy and Mines the names of our appointed representatives for the consultation process. To date, [our representatives], have not been accepted. Similarly, in October 2018, we approached MARN to express our willingness to collaborate in the process of reviewing the area of affected rights.1 However, they have not taken us into account in any phase of the process.

Based on the above observations, we request that the Supreme Court of Justice determine the penal, civil and administrative crimes against the Ministers of MEM and MARN for failure to conduct the consultation with the Xinka people. Likewise, we demand that the Escobal mine exploitation license be permanently suspended, since it has been evidenced that the failure to carry out the consultation is also the responsibility of Minera San Rafael, in collusion with the related ministries.

Read more about discrimination and irregularities in the consultation of the Xinka people
nisgua_admin2020-03-28T01:34:01+00:00December 19th, 2019|Defense of life and territory, Escobal|