One year after the emblematic verdict in the Sepur Zarco trial, the struggle for dignified reparations continues

Yesterday marked one year since former members of the Guatemalan military were found guilty for crimes against humanity committed at a military base in the eastern community of Sepur Zarco. At great personal risk, 15 Q’eqchi’ women gave preliminary testimonies in 2012 where they documented in detail the violence they survived at the hands of the military in the 1980s.

Those testimonies, together with other expert witnesses and documentary evidence led to a verdict on February 26, 2016 that convicted former Military Commissioner Heriberto Valdez Asij and former Colonel Esteelmer Reyes Girón to crimes against humanity in the form of sexual violence and sexual and domestic slavery; Valdez Asij was also found guilty of the forced disappearance of several of the women’s husbands, while Reyes Girón was found guilty of the murder of Dominga Coc and her two daughters.

This emblematic trial marked the first time in Latin America that former military officers were successfully prosecuted for sexual slavery, and the first transitional justice case in Guatemala that firmly focused on the experiences of women.

Below: The grandmothers of Sepur Zarco participate in a conference on feminism on February 24.

Over the past several days, the collective of women survivors ‘Jalok U,’ together with the Alliance to Break Silence and Impunity – the coalition of feminist, advocacy, and psychosocial organizations that supported the women for years in the lead-up to the trial – engaged in a series of public activities in Guatemala City to honor the victory and talk about the road ahead. 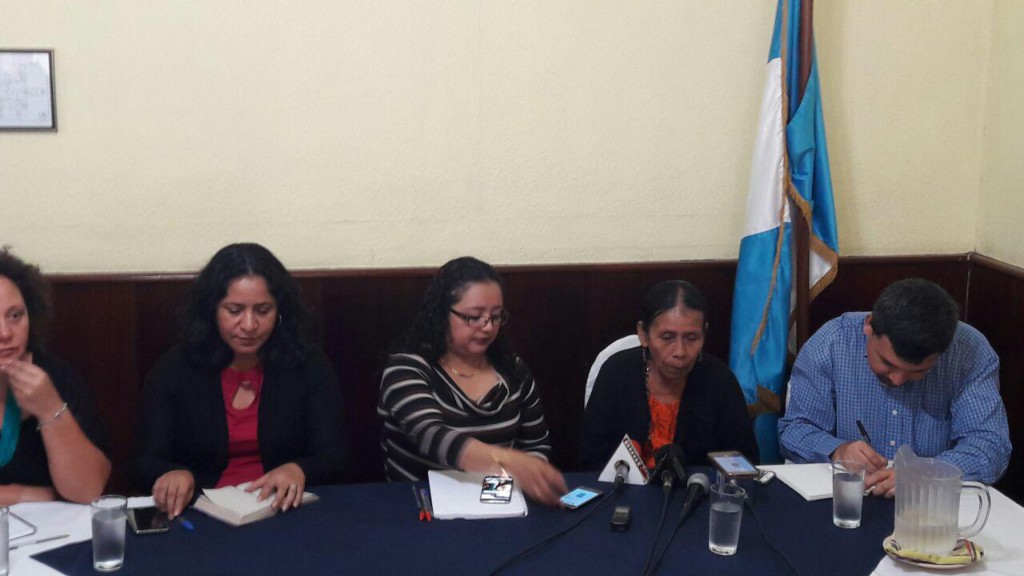 “It is important to me to share the results of the verdict that we have achieved,” says Demecia Yat, representative of Jalok U in a press conference.

The need to implement the court-ordered reparations

In an attempt to address some of the emotional, physical, and economic impacts of the violence, a series of 18 reparations were ordered by the court. A year after the verdict, however, there has been little movement on the part of the State. In a press conference on February 23, survivor and witness Demecia Yat explained that justice was not fully achieved with the delivery of the verdict, but continues as they push for the State reparations ordered by the courts. “We will not be satisfied until the State comes through with the [reparation] measures,” she said.

For more on the reparations process, read NISGUA’s latest report on the anniversary.

That same evening, the women and their supporters held a forum at the House of Memory, an interactive historic memory museum run by the Center for Human Rights Legal Action (CALDH). 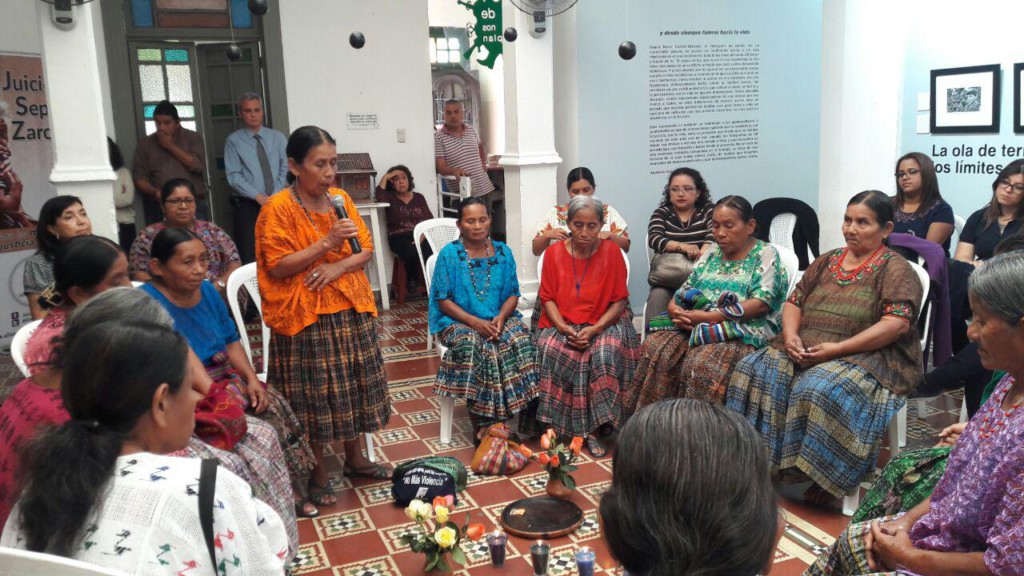 Drawing deeply on Mayan spirituality, Demecia Yat opened the event with an invocation to the ‘Ajaw,’ the Creator: “The Fire lights our path and this will always give us strength.”

Margarita Chuc, a survivor and member of Jalok U, said, “One year ago we were waiting for the verdict that would put the men who did us wrong in jail. We did it and we we are celebrating today”. Chuc went on to explain that what happened to them during the internal armed conflict also happened to many others who continue to suffer the consequences today. “We, the women from Sepur Zarco, helped paved the way. I hope that many other women speak out and don’t remain in silence. This is our struggle now, to [ensure] that what we suffered is never repeated.”

Community psychologist and 2016 NISGUA tour speaker Maudi Tzay spoke during the event. “It is important to remember that this is one step in the long journey of the women. One year has passed since the sentence was rendered, but the women’s search for justice spanned more than 13 years. It is important to commemorate this day and value the efforts of the women, the grandmothers of Sepur Zarco, who paved the way through their brave struggle to seek justice for gender-based crimes. The struggle of the women of Sepur Zarco will remain in our memory and in our history.”

The activities continued over the weekend in the community of Sepur Zarco, where the women were joined by their communities in celebrating the victory.

Through ACOGUATE, NISGUA has provided international accompaniment since 2010 to Women Transforming the World, one of the legal organizations and plaintiffs in the case. We observed the trial and continue to provide advocacy support as the women and accompanying organization continue to demand dignified reparations.