UPDATE: 10/22/19
As the state of siege continues, impacts are felt in communities where no state of siege has been requested, as in the case of the municipality of Ixcán, Quiché:

A military incursion in Santa María Tzejá and local military intervention intp internal community conflicts in Pueblo Nuevo show the impacts of the current state of siege opening the door to unchecked military intimidation, even in municipalities where no state of siege has been declared. On Saturday, October 19, armed military personnel and military vehicles arrived in Santa María Tzejá. Without any formal notification of the local community government, the reason for their brief incursion in the community remains unclear. One member of the AJR from Santa Maria responds to the situation:

“They have the story they tell [about why they are here] but what their true motives are, only they know. They are trying to provoke a state of siege. They have no claims, no rights, there is no reason for them to be here. They say they have orders. Of course they have orders, but what order — to provoke people like they did in Izabal.”

We stand alongside our partners in Ixcán, and throughout Guatemala, rejecting the state of siege and the militarization of Indigenous and campesino communities. More information to come. 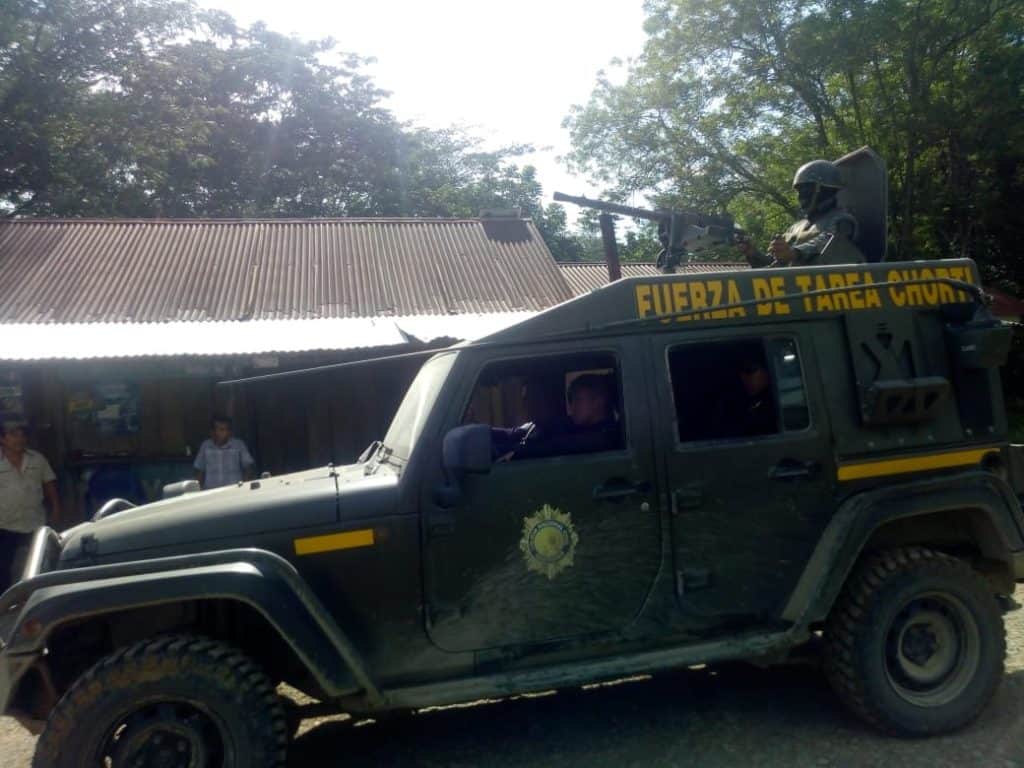 ORIGINAL POST: Huehuetenango rejects the state of siege: Letter to the governor

On September 4, 2019, Guatemalan president Jimmy Morales declared a state of siege in 22 municipalities and 5 departments of Guatemala. The decree came after an event in Semuy II, El Estor, Izabal, in which three Guatemalan soldiers were killed and multiple community members were injured and criminalized. There are many conflicting narratives about this event, most of which contradict the state’s version. There is even more confusion about how one single event could rationalize a state of siege over roughly 10% of the Guatemala’s landmass.

Guatemala has five different states of exception that give the government power to limit civil rights. State of siege is the fourth, right before state of war. Social movements have declared their complete rejection of this latest attempt by the state to militarize and criminalize Indigenous communities. Many of our partners have expressed concern that this is just the first step in a new wave of institutionalized violence, and that the state of siege could be slowly applied to the entire country in an effort to repress communities defending their life and territory from resource extraction.

OSCAR BARILLAS, GOVERNOR OF THE DEPARTMENT OF HUEHUETENANGO,

Article 28.- Right to Petition.  The people of the Republic of Guatemala have a right to direct, individually or collectively, demands to authority, which is obligated to process them and should resolve them in compliance with the law. In administrative matters the term to resolve petitions and notify resolutions cannot exceed 30 days.