Awaiting the Sepur Zarco verdict: “The women have spoken” 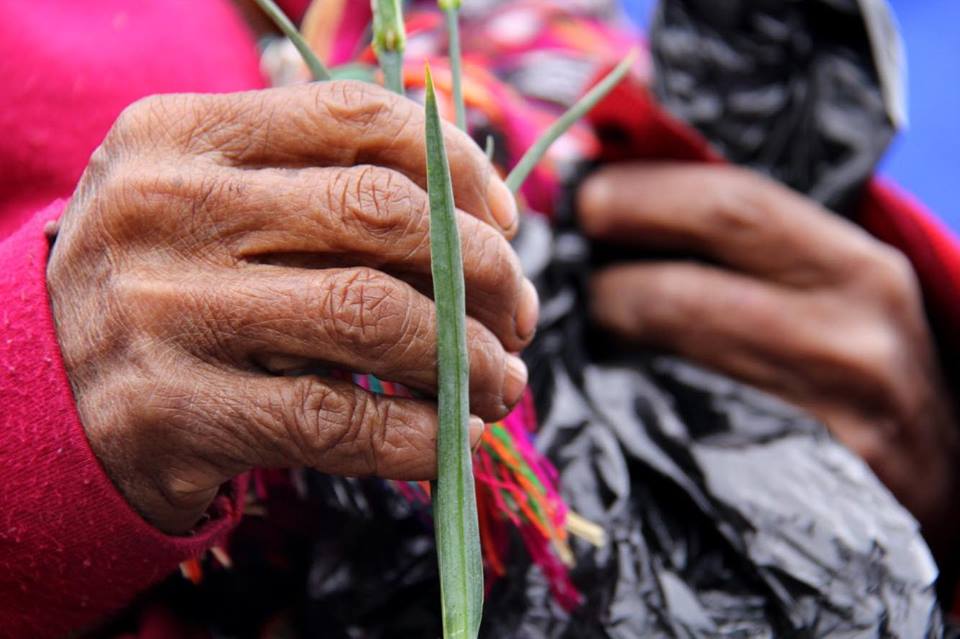 Woman outside of Sepur Zarco courtroom commemorating the victims of the internal armed conflict. Photo by CPR-Urbana

“For the thousands of women who suffered sexual violence during the internal armed conflict in many parts of the country, and for the thousands of girls and women that continue to suffer sexual violence today, today we have a date with justice. After more than 30 years of prolonged silence we have the possibility to achieve the justice that has been longed for. Today we stand before history to make a difference for Guatemala and the world. The women have spoken. The women have been heard.” —from closing remarks by Ada Valanzuela for plaintiff organization National Union of Guatemalan Women (UNAMG, in Spanish).

A verdict will be delivered at 4PM CST today, for the first case of sexual slavery to be tried as a crime against humanity in Guatemala and the Americas. For 20 days, plaintiff organizations and the women survivors of sexual violence and sexual and domestic slavery built a case against a former Colonel and former Military Commissioner for crimes committed at the Sepur Zarco military base in the 1980s.

The evidence against the Esteelmer Reyes Girón and Heriberto Valdez Asig included eyewitness testimony, documentary evidence, and expert reports on history, military structure, gender, forensic anthropology and the long-term psychological and physical affects of sexual violence. The testimonies given by 15 Q’eqchi women during pre-trial evidentiary hearings in 2012 were projected into the courtroom as part of the trial, giving firsthand accounts of extreme sexual violence experienced at the hands of the Guatemalan military.

Public Prosecutor Hilda Pineda asked the court to find both men guilty of crimes against humanity and requested a sentence of 1,200 years in prison for Esteelmer Reyes Girón and 340 years for Heriberto Valdez Asig.

“On behalf of the women survivors of Sepur Zarco, we publicly declare that it is the responsibility of the courts to find guilty those who are responsible, as one way to guarantee this type of violence never happens again,” said Ada Valenzuela in her concluding remarks for plaintiff organization UNAMG. “A guilty verdict would be a message of hope to all Guatemalan women who continue to experience sexual violence as a form of domination.”

The notable presence of women making history in the courtroom has been a source of commentary nationally and internationally. Women are represented in all aspects of the trial, from the presiding judge –Yassmín Barrios, who ruled in the genocide trial against Ríos Montt– to the prosecution and even defense team. Central to the years-long process of bringing this case to trial are the witnesses and survivors of Jalok U, backed by powerful women’s organizations, including Women Transforming the World (MTM, in Spanish) and UNAMG. There has been a strong presence of feminist and women’s organizations demonstrating solidarity outside and inside the courtroom, as well as trial observation by Nobel Peace Laureates Jody Willams and Rigoberta Menchú and the UN Special Rapporteur on the Rights of Indigenous Peoples’ Victoria Tauli Corpuz.

Inevitably, racism and patriarchy were a constant throughout the trial, both in and out of the courtroom. Concluding remarks from defense lawyer Moisés Galindo in particular provoked outrage on social media yesterday when he referred to the women survivors as “prostitutes” who found themselves without a husband in the 1980s and traded sexual and domestic services for the soldiers in return for financial benefits. Galindo went on to pervert the concept of re-victimization saying that women survivors were re-victimized by having had to sit through 20 days in a courtroom and hear stories reminding them of difficult moments when they had to “sell their bodies”.

Defense lawyer for Asig argued that there were several inconsistencies in the evidence presented by the prosecution and stated the request for 340 years in prison were “too many” to be solely based on the testimonies of women. In response, MTM lawyer Paola Barrio counterargued that the prosecution team presented extensive and sufficient evidence to convict Reyes Girón and Valdez Asig, including DNA evidence and expert witnesses. However, “The women’s testimonies should be enough in this case to lead to a guilty verdict. As we have heard today, the levels of machismo that exist that don’t value women’s voices.”

“This may be the first case of its kind to go forward in Guatemalan courts, but we have over 1,500 testimonies of other women who have survived sexual slavery,” said Barrios in her concluding remarks. Referring to one of the Q’eqchi women who gave her testimony as part of the pre-trial evidentiary hearings in 2012 and who passed away last year: “Magdalena Pop could not be here to see this sentence, but she left us her words, her testimony. Today, we honor and recognize them.”

Join NISGUA_Guate at 4pm CST live on Twitter as we bear witness to this historic moment.