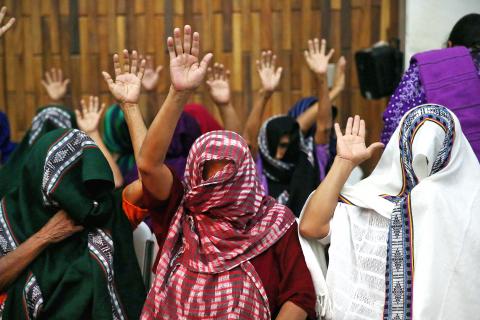 Women survivors of Sepur Zarco stand and raise their hands in acknowledgement of the guilty verdict and sentence. Photo: EPA

Yesterday marked an historic day for both Guatemala and the world in the struggle to seek justice for gender-based crimes. Retired Coronel Esteelmer Reyes Girón and former Military Commissioner Heriberto Valdez Asig were convicted of crimes against humanity for the sexual and domestic enslavement of Q’eqchi women in Sepur Zarco during the country’s internal armed conflict, marking the first time Guatemalan courts have successfully prosecuted sexual violence as a crime against humanity.

“The damage done to the victims goes beyond their bodies and minds. It tears the social fabric,” read presiding Judge Yasmin Barrios in the sentence delivered by the 3-judge tribunal. “The survivors had to wait years to break the silence, be heard, and receive justice. Access to justice for the women, hearing their history, will help guarantee these types of crimes never happen again.”

The reparations hearing is set for March 2 at 8:30 AM CST.

In the sentence accompanying the verdict, the tribunal recognized testimony chronicling the process of communities surrounding Sepur Zarco to claim land titles in the early 1980s. The accused were convicted of disappearing seven men from those communities, after which the women were detained and forced into sexual and domestic slavery. “The women were raped as a moral and physical attack against the community”, stated Judge Barrios, representing an assault against the core of the community body and social fabric as well. The sentence deplored the fact that the women were seen as “available” by the military once their husbands were disappeared.

Citing Elis Gabriela Mendoza’s expert testimony in forensic architecture and her 3-D reconstruction of the Sepur Zarco military base, the tribunal also found the accused could not claim ignorance to the sexual and domestic slavery that was taking place at the base. 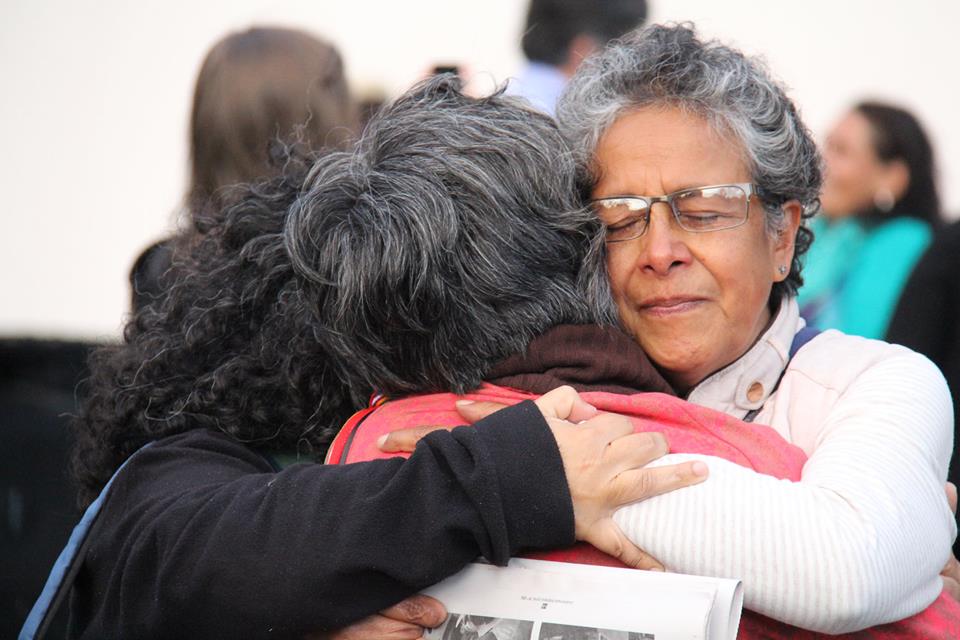 Women hug outside the courtroom after news of the verdict. Photo: CPR Urbana

An emotional response to a long-awaited verdict

As soon as the verdict was read, the courtroom burst into applause with cries of “Justicia!”, “Justice!”, “Si se pudó!”, “Yes, we could!” and “Sepur Zarco!” Others shouted “Esto apenas empieza,” “This is just the beginning”, a oft-used slogan during the mass citizen protests against impunity last year that saw the fall of former President Otto Pérez Molina on charges of corruption. In shows of cross-movement solidarity, other indigenous women survivors of sexual violence at the hands of the Guatemalan military were present in the courtroom, including many of the Ixil women who testified during the genocide trial against Ríos Montt and named the systematic way the military used sexual violence to target women as those who generate life and transmit culture. 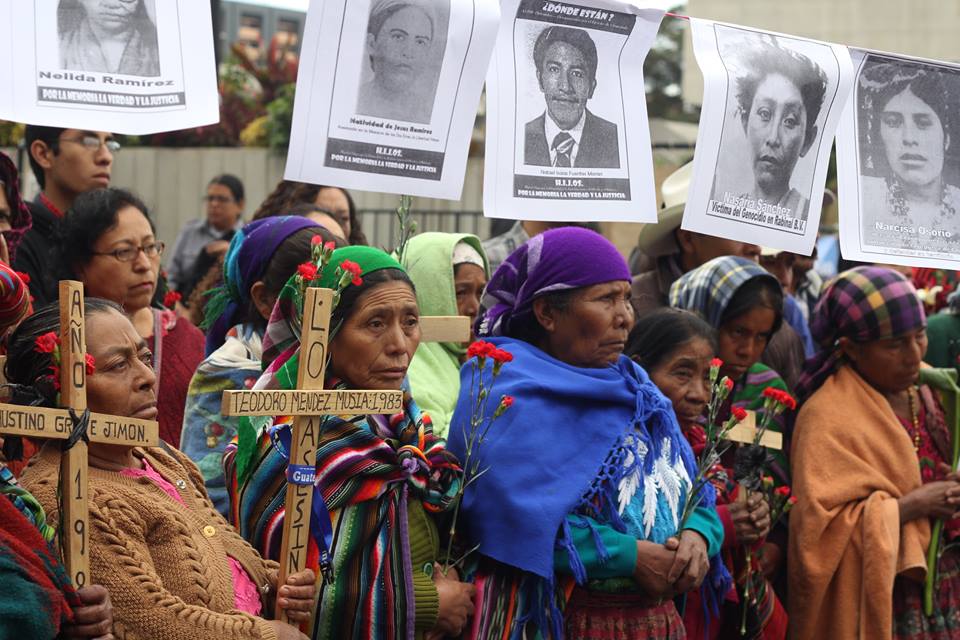 Women came from throughout the country to demonstrate their solidarity with the women of Sepur Zarco. Here women are pictured outside the courtroom on Feb 25, Day of Dignity for Victims of the Armed Conflict. Photo: CPR Urbana

Emotions were running high when the women survivors, who sat for 20 days in a courtroom with their heads covered to protect their identities, raised their hands in acknowledgement of the major achievement that had just been made for justice for gender-based crimes.

We honor the women survivors who bravely spoke out against extreme forms of sexual violence, and echo the following requests made by the Human Rights Convergence: