Statement: During the Coronavirus emergency military condemned intend to get out of jail

As several grave war crimes cases have been temporarily suspended, the lawyer of five senior military officials convicted in the Molina Theissen case (including Benedicto Lucas García and Manuel Callejas y Callejas) made another attempt to release convicted war criminals, this time using the pandemic as an excuse. Survivors of the Internal Armed Conflict see this as a new attempt to gain impunity and released this statement:

DURING THE CORONAVIRUS EMERGENCY

MILITARY CONDEMNED AND IN PREVENTATIVE DETENTION

INTEND TO GET OUT OF JAIL

Currently, Guatemalan society faces a crisis in the midst of the COVID-19 pandemic. As thousands of survivors of genocide respect the social distancing promoted by the State of Calamity, with limited access to methods of communication and deprived of their rights to food, work and health; we are deeply concerned of the intentions to leave prison of four condemed military and one military in preventative detention for serious human rights violations during the war.

It is concerning that sectors linked to impunity interests have presented an injunction at the Constitutional Court, requesting that those five ex-soldiers benefit with house arrest, the argument being to prevent transmission of the coronavirus. This crisis situation is being used to facilitate impunity and to dodge the law in the respective sentences and open processes for serious universal crimes.

This is not the first time that actions were made to change the situation of the condemned and to avoid their condition of reclusion. Therefore we express our disagreement and complete rejection of the requests. We insist that the magistrates of the Constitutional Court reject the injunction raised, as it intends to grant priviledges incompatible with the gravity of the crimes they committed: sexual violence, genocide and forced disappearances, which continue to be felt as long as the victims remain missing.

It is the responsibility of the Guatemalan state, specifically the Penitentiary System and the Ministry of Health, to guarantee the health and life of persons deprived of liberty within the very facilities intended for their confinement under strict isolation. Additionally, house arrest does not guarantee a better condition for the health of these people. The background of these ex-military personnel demands that they remain in their detention center.

CRIMES AGAINST HUMANITY  MUST BE TRIED

AND THOSE RESPONSIBLE MUST BE CONDEMNED 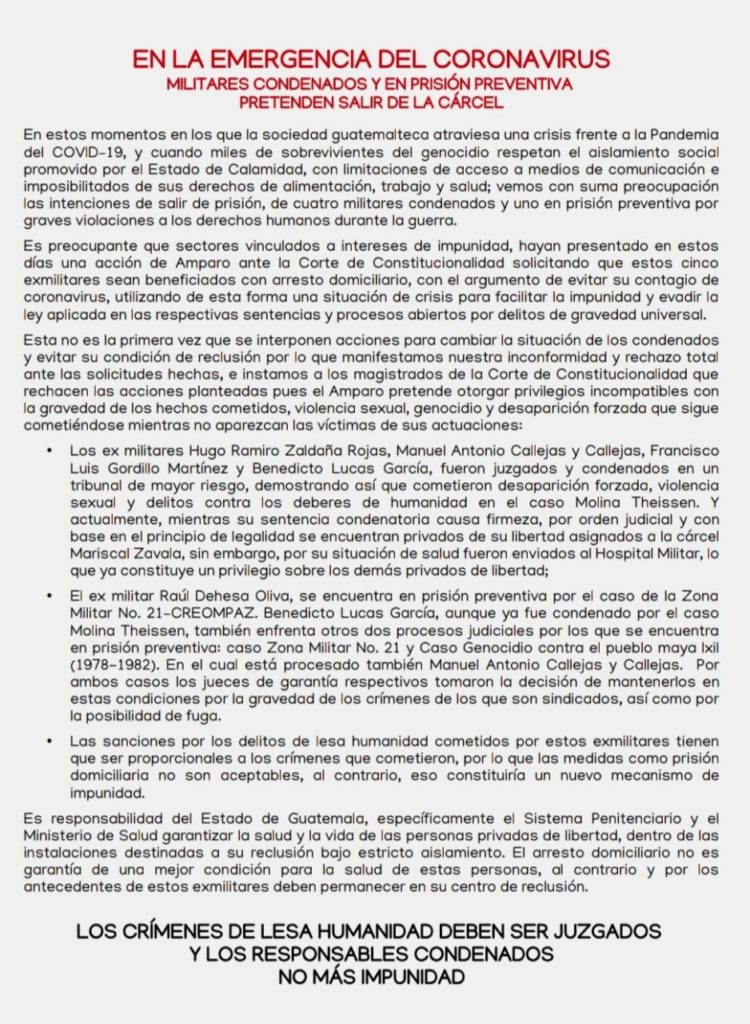 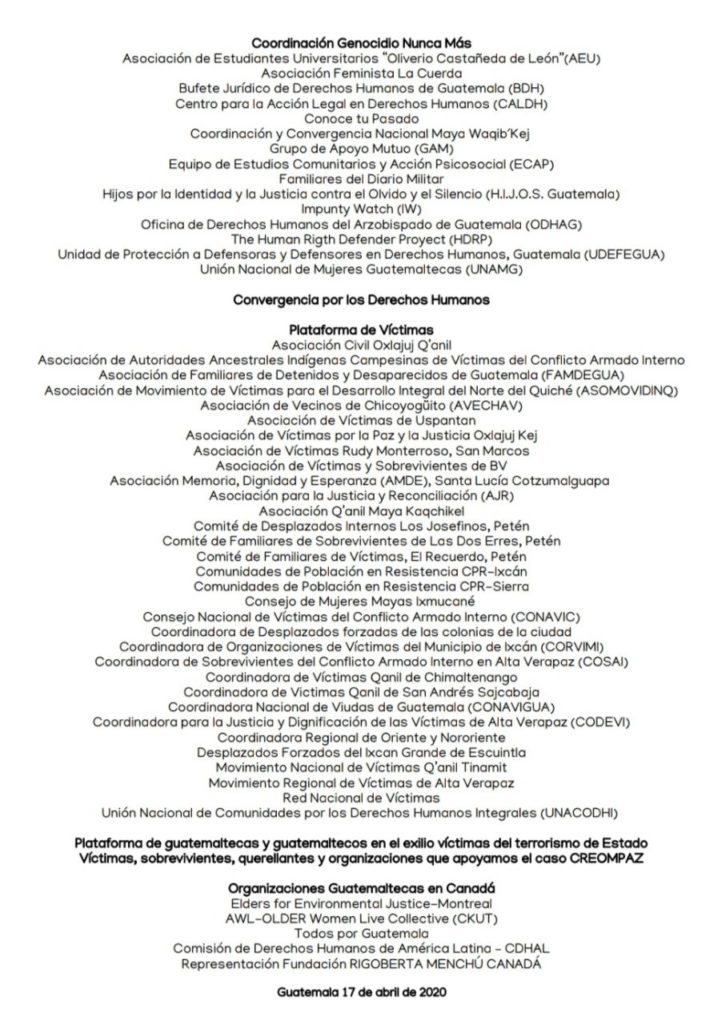