Read this statement that our comrades from the Departmental Assembly of the Peoples of Huehuetenango (ADH) wrote “in the face of the serious crisis generated by the measures taken by the Guatemalan government in relation to containing the COVID-19 pandemic.” 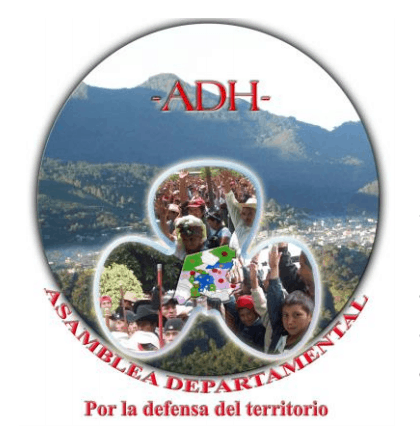 The Departmental Assembly of the Peoples of Huehuetenango, ADH, in the face of the serious crisis generated by the measures taken by the Guatemalan government in relation to containing the COVID-19 pandemic, denounces before national and international public opinion:

That the global economic and political reordering, using the COVID-19 pandemic, reaches our poor countries in different ways, in the case of Guatemala it coincided with the rise in power of an electorally weak government, which has proposed a strategy of governing which is founded on repression, terror and racism. Within the framework of this strategy we are suffering from the implementation of confinement and social divisionism.

At the time, the Maya Mam Saqtx’otx’ Council warned that these measures that threaten the nutrition and life of the population were going to cause a social collapse, which we are already seeing, such in the case of San Ildefonso Ixtahuacán, Huehuetenango, where the population, using their legitimate right to demonstrate, has expressed their disagreement with the measures of the central and local government.

Another element that exacerbates social discontent, at the national level, is the fact that the Congress of the Republic approved million dollar loans that the People will have to pay. The central government has not reported on the million dollar donations received through bilateral and multilateral cooperation. Despite the above, we do not see any specific food support for the population. The much publicized government aid programs, to this month of June, have not been implemented. We see how the official propaganda announces food deliveries for the urban population, but it is only propaganda, because in reality there are more than seven million poor people in the country who are not being attended.

On the other hand, we see business agreements with the CACIF that ensure this government satisfy its requirements; this has caused the population in different regions of the country to take measures to control the movement of companies in their territories, demanding that the supply of basic grains be guaranteed and protected.

The Judiciary has been practically paralyzed, however, military members accused of different crimes have not missed this opportunity to try to be released, meanwhile cases of criminalization against human and land rights defenders such as Bernardo Caal Xol, continue without resolve. For their part, extractive companies continue to attack the collective rights of Original Peoples with impunity.

The government of Dr. Alejandro Giammattei must know that if it does not reorient its strategies to deal with the current crisis, including the coronavirus crisis, a social outcry is imminent. For example, the appointment of Arnoldo Noriega as the Presidential Advisor for Conflict does not help at all, seeing that the political career of this person has not contributed to the construction of peace in Guatemala.

For the foregoing, we demand that the government of Guatemala:

1. Put restrictions that attempt against the life, liberty and human rights of the majority of the population.

2. Guarantee food to the populations most in need in all regions of the country.

3. Supply health centers with medicine to prevent and cure diseases, including the coronavirus, and that the scarce health professionals have the necessary supplies to protect themselves.

4. Reorient its production strategy by implementing a sustainable economy, meeting the basic needs of the Guatemalan population, guaranteeing the production, transportation and distribution of food.

5. Provide monetary support for the entire population to respond to the effects of declining income from remittances.

6. Provide transparency and clearly report on the use of international loans, a debt the population will have to pay for.

7. Respect the decisions of the People taken during Community Consultations made in Good Faith, in regards to the defense of the common good.

As the Departmental Assembly of the Peoples of Huehuetenango, ADH, we reiterate our commitment to the defense of Life and the territories we inhabit.