Letter to Huehuetenango Governor: No U.S. Militarization without Consultation 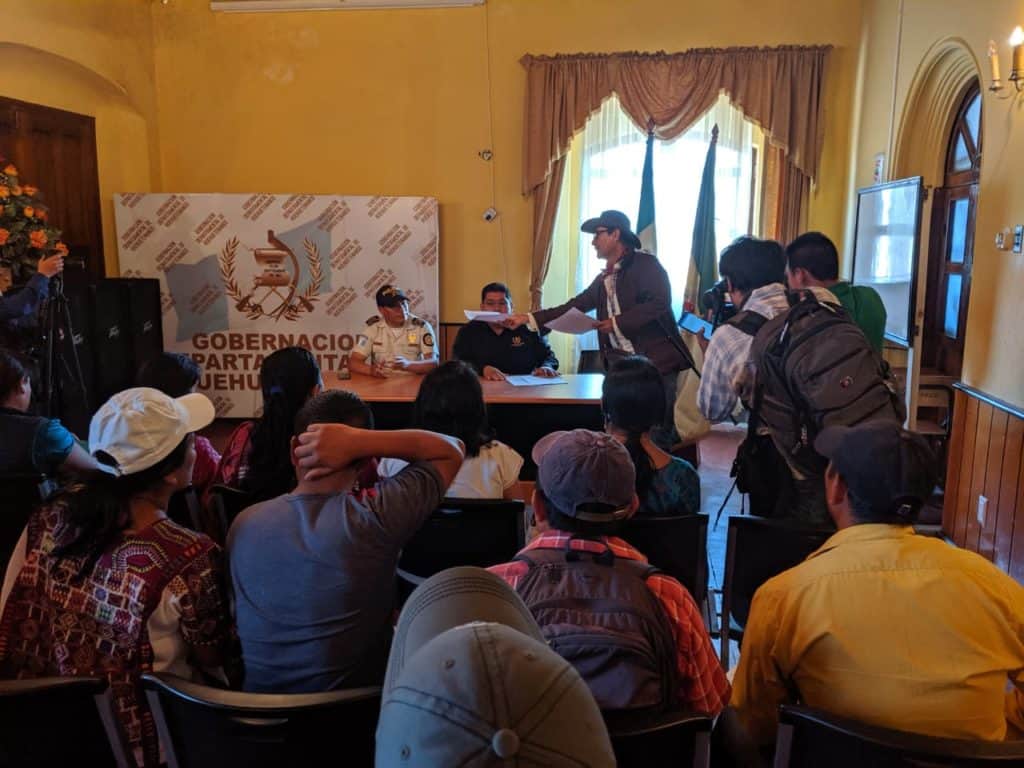 Rubén Herrera, General Coordinator of the ADH, present the Petition of Zacaleu to representatives of the Governor of Huehuetenango on July 11, 2019.

On July 11, 2019, communities of Huehuetenango marched against the presence of the U.S. military in their territories. Not one Indigenous community was consulted about the presence of foreign troops, a violation of the 1996 Peace Accords and International Labor Organization (ILO) convention number 169. In the march, the communities delivered the Petition of Zaculeu, a statement rejecting the militarization of their territories and demanding the withdrawal of U.S. troops, to the Guatemalan military, the U.S. military, and the governor of Huehuetenango’s office. The governor was not in the city on the 11th, so his administration arranged a meeting with the Assembly of Peoples of Huehuetenango (ADH) for July 18, 2019.

The occupation of Indigenous territory and the omission of consultation has resulted in a lack of clarity and understanding about the presence of the U.S. Army in Huehuetenango. There are many questions and concerns among the people of Huehuetenango about the presence of the troops. This situation of uncertainty is leading to a strong critique of the Guatemalan state for continuing to commit serious systematic violations of human rights against the population. The presence of U.S. troops reinforces criminalization against human rights defenders, despite the fact that the people of Huehuetenango want peace and have been protecting their natural resources from destructive industries and the numerous other negative consequences that militarization can cause.

Finally, we are concerned about the presence of troops that belong to an army that has a legacy of human rights violations as extensive as that of the United States. In this territory, only a few decades ago, there was a genocide against the Mayan people, which the Guatemalan military executed and the U.S. military fully knew about. The presence of foreign military in the area is a violation of the 1996 Peace Accords, a re-victimization of the survivors of the genocide, as well as a threat to the security and wellbeing of the entire population. We have heard first-hand the concern of the women of Huehuetenango that the presence of foreign troops may threaten their natural resources and safety.

We present this letter in conjunction with the Petition of Zaculeu by the Assembly of Peoples of Huehuetenango (ADH), an organization which we support.

We hope that in the meeting with the ADH you will reach an agreement about how to respect the human rights and the territory of the people of Huehuetenango after this serious violation of their rights. We await future developments on the situation and we appreciate your time. 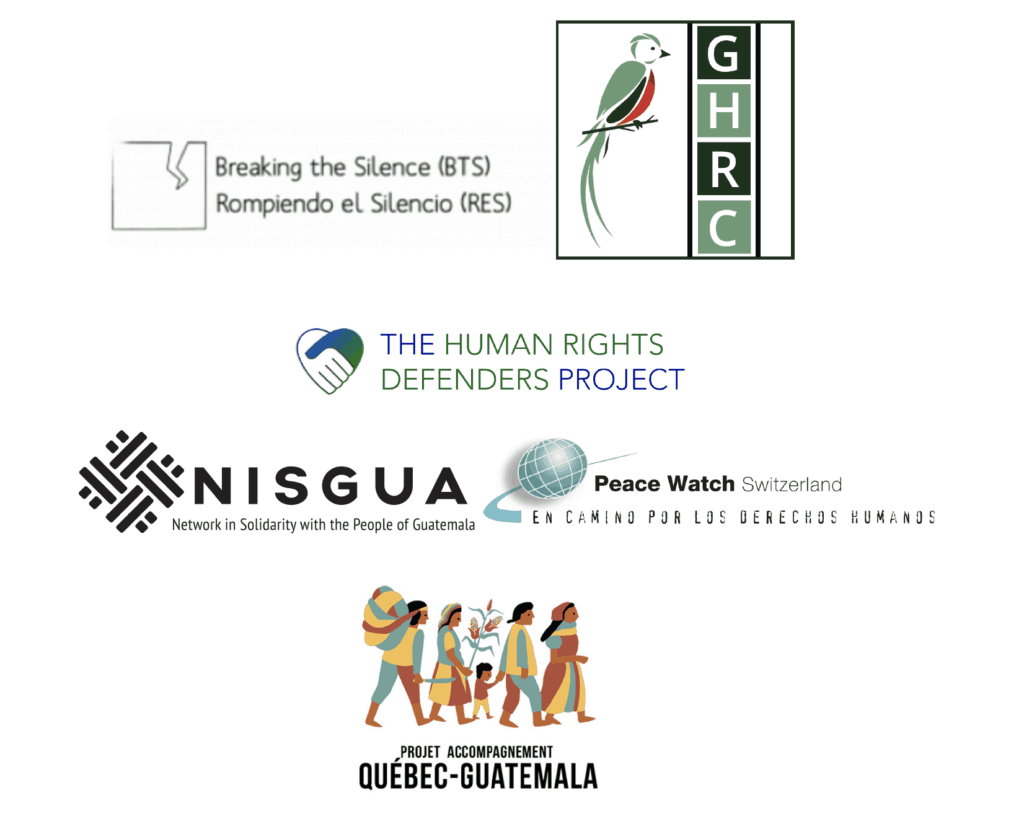