In February, 2020, President Giammattei signed into law Decree 4-2020, formerly known as Bill 5257, but it was stalled by the former Constitutional Court (CC) due to a series of lawsuits that considered this law to be unconstitutional.  On May 13, the CC definitively denied the injunctions against this so-called NGO law, allowing it to be enacted.

This resolution is considered a serious setback in the matter of human rights, as it restricts the rights of association and freedom of expression, and grants discretionary powers to the executive branch to close civil society organizations.

We are extremely worried about the impacts this resolution will have on our Guatemalan partners and allied international organizations. We fear that this law will be used to further criminalize social movements and suppress dissent.

We share FAMDEGUA’s position before the resolution of the Constitutional Court of Guatemala that dismisses the injunctions presented against the reforms to NGOs Law:

“Decree 4-2020 modifies legislation commonly referred to as the “NGO Law” of Guatemala, imposing new executive controls on the financial and administrative activities of non-governmental organizations that operate in the country. Jimmy Morales’ administration (2016-2020) tried to pass similar legislation on several occasions, but civil society and the international community firmly opposed it each time, pointing out how the bill violates freedoms of expression and association stated in the Guatemalan Constitution and confirmed by international standards.

Among several concerns is that the law could be used as an instrument to attack and penalize specific groups and leaders of civil society who do not align with the goals and priorities of the current administration and future governments.

We reject the Constitutional Court’s actions in favor of the #PactoDeCorruptos which legalizes a framework to silence organized civil society, that works to oversee government actions and for the defense of human rights and the search for justice for victims of the  Internal Armed Conflict.”

FAMDEGUA  (Association of Relatives of the Detained-Disappeared of Guatemala) 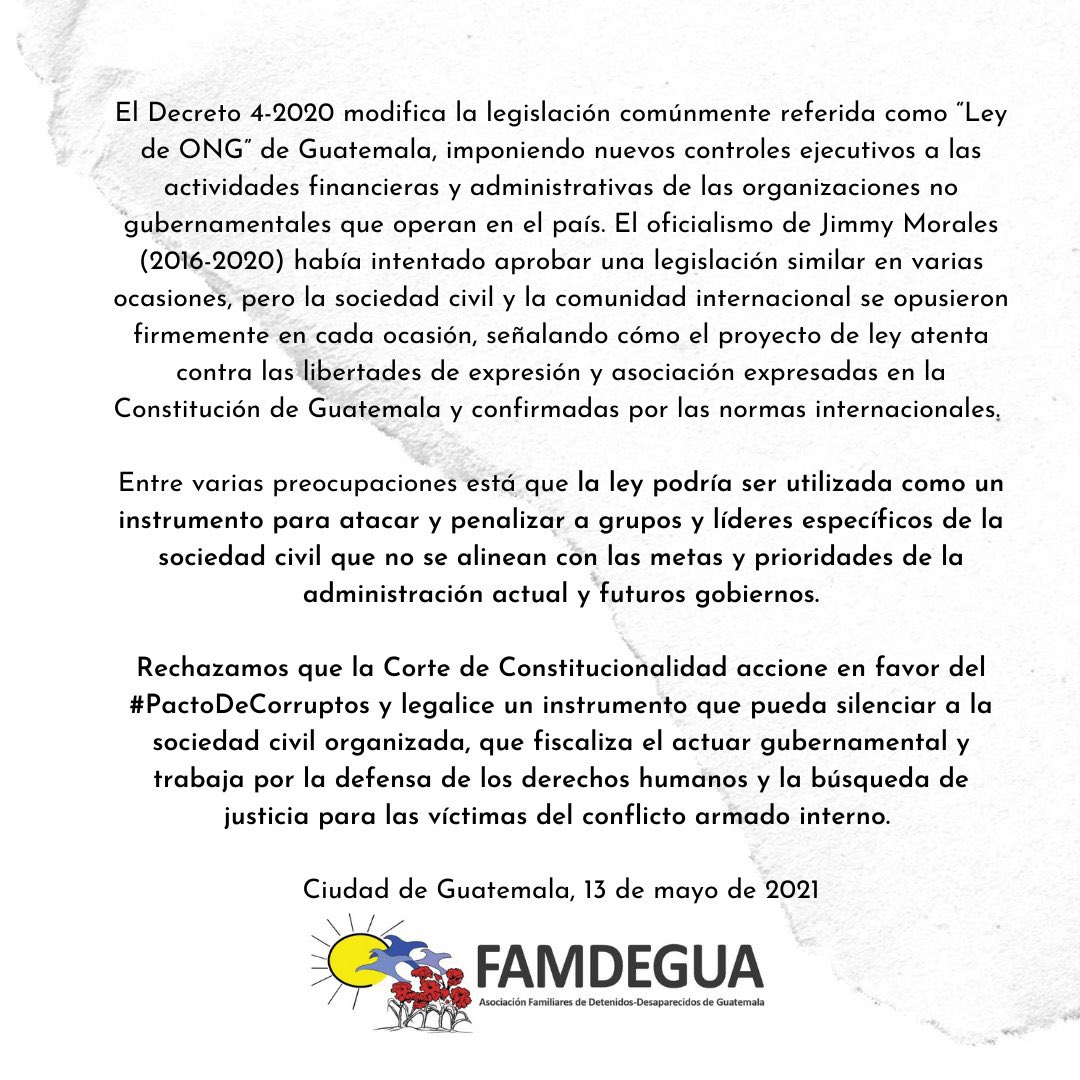