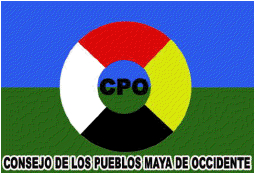 To the national and international public, regarding the recent events in the municipality of Santa Cruz Barillas Huehuetenango, WE DECLARE:

Yesterday, at around one o’clock in the afternoon, armed men ambushed three community leaders as they returned from the municipal center to their nearby community of Posa Verde, where the Hidro Santa Cruz company plans to build a hydroelectric dam.  In the attack, Andrés Francisco Miguel was killed, and Pablo Antonio Pablo and Esteban Bernabé were seriously injured.  One of the men had refused to sell his land and had suffered legal persecution by the company.

According to the people injured in the incident, their aggressors were traveling in vehicles similar to those used by the Hidro Santa Cruz company.  The local population assumed that people linked to the company were involved in the incident, due to the use of the vehicles, as well as other recent events.  Two weeks ago, community members filed a legal complaint with the authorities after discovering homemade explosives in company facilities.  Others have reported acts of intimidation, including legal persecution, the co-opting of leaders, and threatening phone messages, carried out to protect company interests.

It should be noted that the social conflicts in Barillas are directly related to the project authorization and operations of Hidro Santa Cruz, S.A.  The company has been favored by multiple governments, but has failed to respect the affected population’s right to free, prior and informed consultation.

Reacting to this situation, indignant community members acted with anger to demand justice and provoked riots.  As a result, the government is evaluating the declaration of a state

THE WESTERN PEOPLES’ COUNCIL, along with human rights and environmental organizations, emphatically state our rejection of the vandalism committed in Santa Cruz Barillas.  At the same time, however, we believe that these acts are the result of the imposition of the Hidro Santa Cruz project, which is endorsed by the government, but does not have the consent of the affected population.

In order to quickly resolve this conflict, WE DEMAND:

A)      The immediate revision of the respective file and the suspension of the construction and operation licenses for the Cambalam hydroelectric dam.

B)      The withdrawal of the company from the area and an investigation into [potential] company responsibility for the incident.

C)     The formation of a high-level commission, with the participation of civil society organizations, to support the investigation and the assignment of responsibility for the events that took place on May 1 of this year in Barillas.

D)     Government-provided protection and security for the population of Barillas, according to the concept of democratic security laid out in the Peace Accords, rather than the suspension of constitutional rights.