Statement: THE ACTS OF SEXUAL VIOLENCE IN THE CREOMPAZ CASE CANNOT REMAIN IN IMPUNITY

On December 9, 2020 a virtually public hearing was held in the Constitutional Court, to address an injunction presented by FAMDEGUA regarding the prosecution of the crimes of sexual violence and crimes against women in the CREOMPAZ case.  In 2016,  Judge Claudette Domínguez’s made the decision to exclude sexual violence from the charges levied against the accused.  As NISGUA we see with deep concern that the crimes of sexual violence against women and girls by military officers have not been considered in this case, and we reproduce the statement of the organizations denouncing this situation. 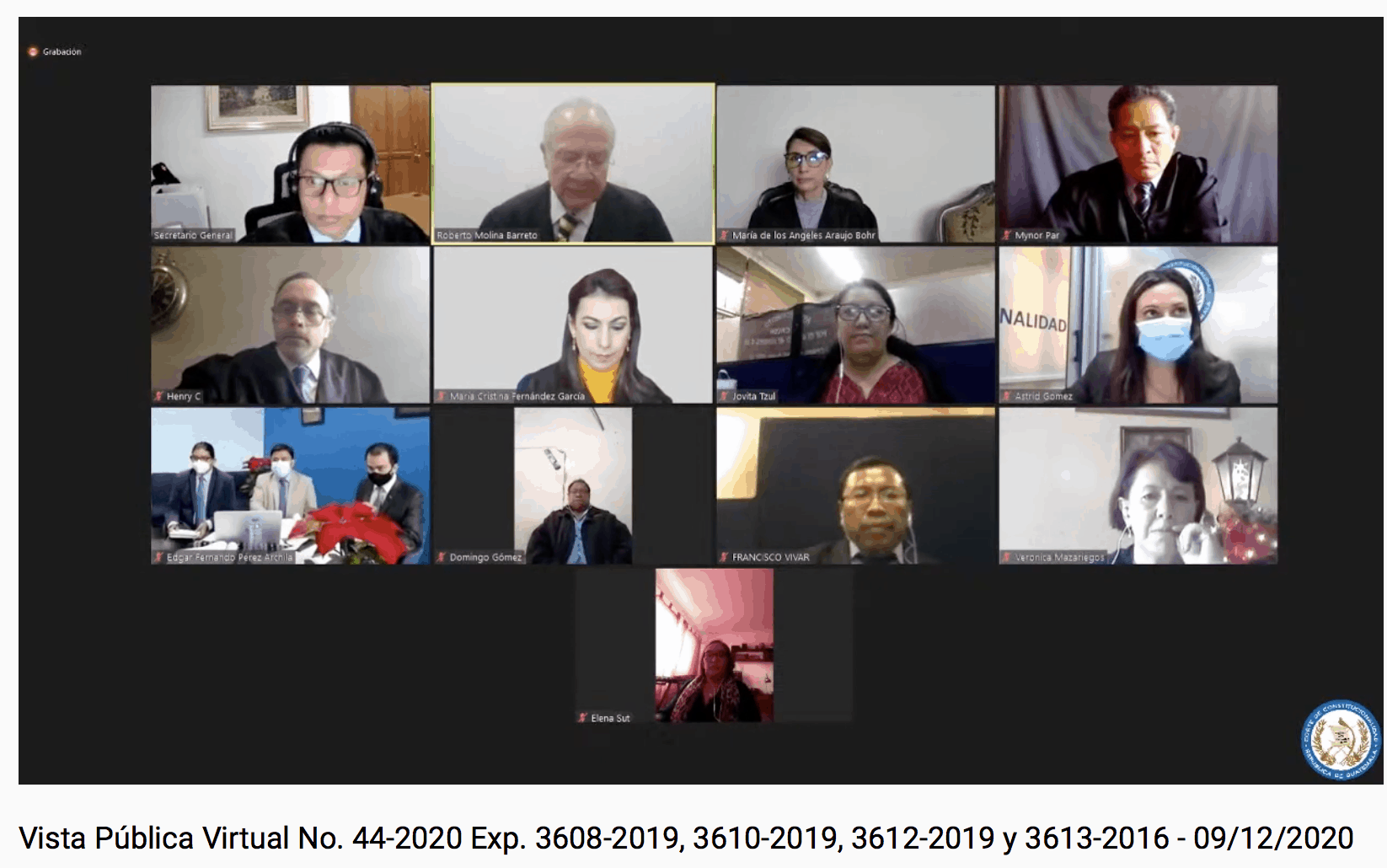 THE ACTS OF SEXUAL VIOLENCE IN THE CREOMPAZ CASE

As part of the judicial process of the CREOMPAZ case, which, since 2016, has been stalled in the Higher Risk Court “A” by Judge Claudette Domínguez, a public hearing will be held virtually this Wednesday, December 9, 2020 in the Constitutional Court, in which an injunction, filed by the organization FAMDEGUA, regarding the prosecution of the crimes of sexual violence and crimes against women in the case, will be argued.

This public hearing will finally be held after almost 5 years since the opening hearing of the trial took place, in which Judge Domínguez did not pronounce herself or rule on the acts of sexual violence, even though there were statements from survivors and witnesses regarding these acts; not vizibilising them highlights the continuation of this violence. Due to the seriousness of these crimes, we find ourselves on a long road for the impartition of justice in the Constitutional Court as a last resort so that these acts do not go unpunished.

Sexual violence against women and especially Indigenous women constitutes an act of control and domination, which is part of the colonial invasion, territorial dispossession and domination in recent history. The women who survived these acts and decided to break the silence and present their testimonies regarding the sexual violence that they survived have the right to effective judicial protection, that is, that the State guarantees them access to and fulfillment of impartial and prompt justice from a women’s human rights perspective.

The recognition of the crimes of sexual violence in this criminal process will contribute to recovering the voice of women, the right to the access of justice for sexual violence, restitution of their rights violated by these crimes, and the guarantee of non-repetition. This is why Judge Domínguez’s lack of response to these acts of sexual violence re-victimizes the women, constitutes a disregard for their humanity, their rights, and creates another mechanism for impunity in this case.

Given this, we go to the Constitutional Court because the State of Guatemala has the obligation to see that sexual violence and crimes against women in the CREOMPAZ case do not go unpunished. The voice of one woman is the voice of the memory of all of them, which must be heard, and their right to the access of justice must be reclaimed.

NEITHER IN THE PAST NOR IN THE PRESENT

Association of Relatives of the Detained–Disappeared of Guatemala – FAMDEGUA (Legal  advisors: BDH)

Association for the Integral Development of the Victims of Violence in the Verapaces, Maya Achí – ADIVIMA

Unit for the Protection of Human Rights Defenders, Guatemala – UDEFEGUA

NISGUA has provided accompaniment to several of the plaintiff organizations in the CREOMPAZ case for many years, including the Families of the Detained-Disappeared Guatemala – FAMDEGUA, and the Center for Legal Action in Human Rights – CALDH