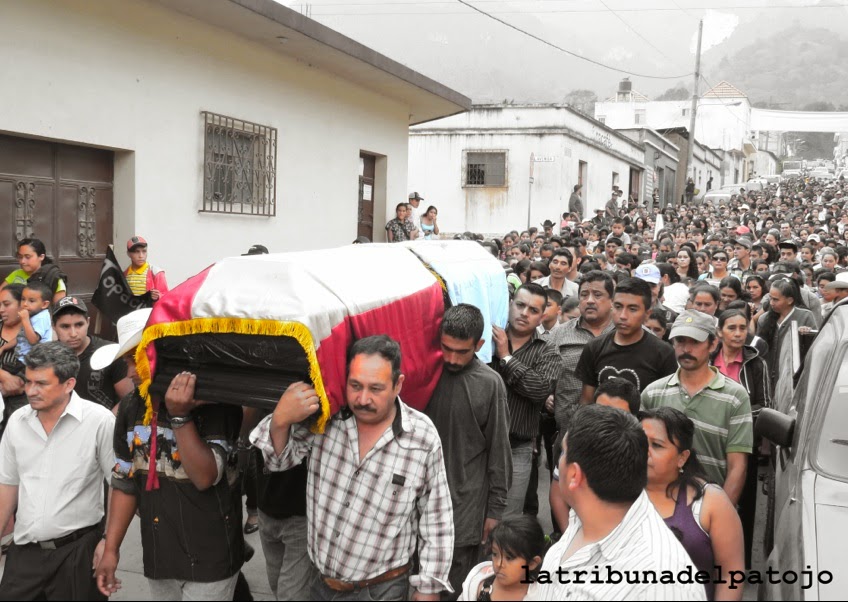 (Ottawa/Toronto) A sixteen year old Guatemalan girl, Topacio Reynoso, was murdered on April 13, 2014 near her home town of Mataquescuintla, Guatemala where she was head of a youth movement against mining. Her father, a leader in organizing a municipal vote on the mine, was shot in the same incident and is in hospital in critical condition. This is the latest example of violence and repression associated with the Canadian-listed mining company Tahoe Resources’ Escobal project.
Today, MiningWatch is sending a letter* to the Canada Pension Plan Investment Board calling on the fund to divest from Tahoe Resources. MiningWatch argues that the investment is a dangerous and unacceptable gamble.
The letter says that Tahoe has failed to disclose that tens of thousands of people in five municipalities closest to Tahoe’s Escobal silver project have voted overwhelmingly against mining in their communities. For example, in the municipality of Mataquescuintla, home of Topacio Reynoso, over half of the eligible voters participated in a vote in which 96% – or some 10,000 people – voted against mining.
“Opposition to the Tahoe mine in the surrounding municipalities is so great that Tahoe actually sued the Guatemalan government, demanding that the government do more to protect the mine,” remarks Shin Imai, lawyer for the Justice and Corporate Accountability Project at Osgoode Hall Law School. “Although the Court dismissed the suit, two months later, the government declared a state of siege in municipalities where people had voted against mining and issued arrest warrants for more than a dozen people known to oppose the mine.”
As violence and repression against mine opponents grew from 2012 to 2013, the Canada Pension Plan Investment Board tripled its holdings in Tahoe.
Despite broad opposition to its project, Tahoe rushed to put it into production. 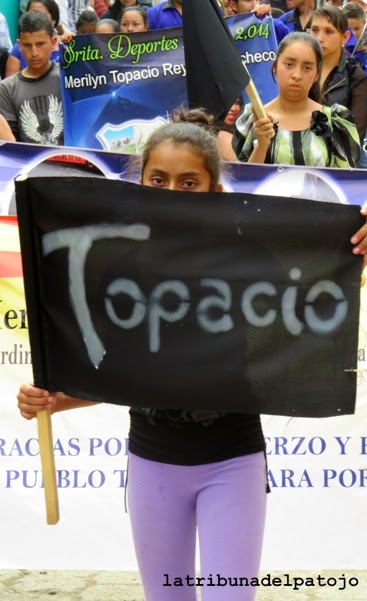 The letter points out that Tahoe’s claims about the mineral deposit at its Escobal silver project are not backed by a feasibility study, which is normally used to establish the economic viability of exploiting a mineral deposit. In July 2013, the British Columbia Securities Commission put Tahoe on its ‘Issuers in Default List’ because the company did not comply with related disclosure requirements. The United States Securities Exchange Commission also questioned Tahoe about its claims. As a result, Tahoe was forced to amend its Preliminary Economic Assessment (PEA) to clarify that no feasibility study had been done and to acknowledge that projects lacking such a study “have a much higher risk of economic and technical failure.”
“Given the threat this project poses to Guatemalan communities, and at a time when Canadians are concerned about the ability of the Canada Pension Plan to meet future needs, this investment is simply irresponsible,” remarks Jen Moore, Latin America Program Coordinator for MiningWatch Canada.
Moore adds that Tahoe’s former head of security, Alberto Rotondo, is under arrest awaiting trial for an April 2013 shooting against peaceful protesters, which injured six. “The violence is bound to worsen and the CPPIB should want no part in this,” she concludes.
Contacts:
*Sources for the MiningWatch letter to the Canadian Pension Plan Investment Board
nisgua_admin2019-12-27T18:42:19+00:00May 8th, 2014|Defense of life and territory, Escobal|