Skip to content
Previous Next
CLOSED: Webinar and photo series in solidarity with Maya Achí survivorsnisgua_admin2019-07-26T16:53:27+00:00

Thank you for joining us in May for this webinar! Below is an update on the Maya Achí sexual violence case:

On Friday, June 21, Jude Claudette Dominguez dismissed charges against three of the six ex-Civil Defense Patrollers (ex-PAC) accused of crimes against humanity and and sexual violence in this case. She then provisionally closed the case against the other three ex-PAC and requested additional documentation from the Guatemalan Attorney General’s office. Read this letter, signed by NISGUA, along with over 100 other organizations, in the Maya Achí women and their lawyers who presented a petition to recuse the Judge Dominguez from the case. 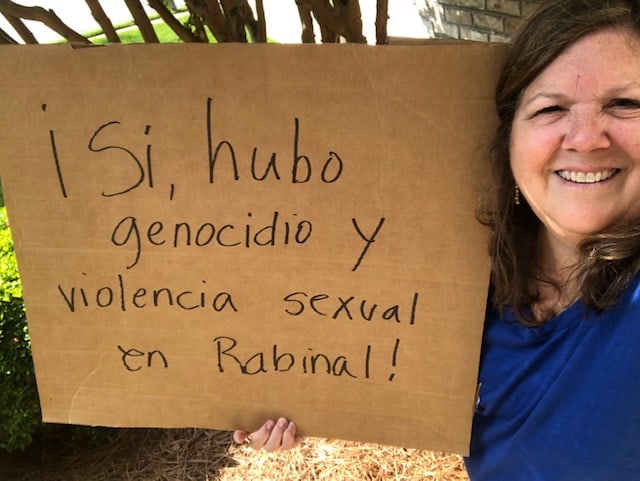 Interested in taking action in solidarity with Maya Achí sexual violence survivors? Hold a webinar party in English or in Spanish, and find out more ways to support below!

Yet another historic case is in process: 36 Maya Achi women have fought to tell their stories of survival in the face of systematic sexual violence committed by state forces in the Rabinal region from 1982-1985. The women, some of whom were young girls or pregnant at the time, were subjected to repeated acts of sexual violence at the local military base. In 2018, following decades of organizing and investigating by the women and the Rabinal Legal Clinic, six low-ranking former military commissioners were arrested and charged with crimes against humanity, including sexual violence, torture, and illegal detention.

This week, on April 22 and 23 – nearly a year after the initial arrests – the case’s intermediary phase began. In this phase, High Risk Court “A” led by Judge Claudette Domínguez will decide whether there is enough evidence to move forward to a public trial.

While the case marks a significant moment in the work to bring the material authors of these crimes to justice, serious questions remain as to why higher-ranking intellectual authors remain at large. Previous trials, including the Ixil genocide trial and the Dos Erres case, have set precedents for prosecuting not only those who directly perpetrated sexual violence, but also those who created the policies that called for the systematic destruction of civilian, widely Indigenous, populations and the widespread use of sexual violence as an attack on women, their dignity, and their entire communities and cultures. These Maya Achi women continue to push for the prosecution of those who engineered the crimes they survived.

To learn more about the case, please check out these blogs by Breaking the Silence Network (BTS):

NISGUA and BTS are jointly organizing the webinars, “In Our Own Skin:” Maya Achi Women’s Fight for Justice.

On both May 8 and 9, Paulina Alvarado (survivor and witness in the case) and Gloria Reyes (lawyer with the Rabinal Legal Clinic, and upcoming BTS tour speaker) will speak about their work towards justice. On May 8, the webinar will be held in Spanish. The May 9 webinar will feature interpretation to English. The webinars will take place at 3PM Pacific/6PM Eastern. For a one-page organizer sheet, click here.

Register for the May 9 webinar in English here: bit.ly/MayaAchiStruggleforJustice 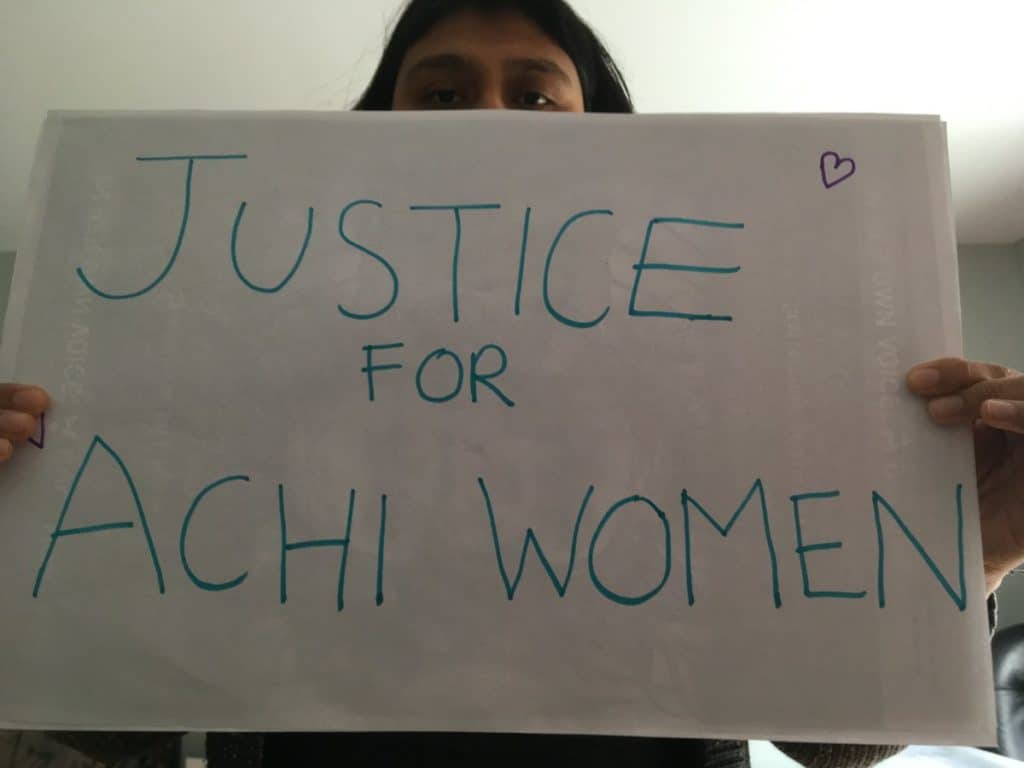