Note: This petition is now closed.

Give Senator Heller the facts he badly needs about Tahoe Resources

In August, Nevada Senator Dean Heller wrote to the U.S. State Department to lobby for Tahoe Resources, a Canadian company headquartered in Reno. At the time, Tahoe’s operating license for its flagship Escobal mine in Guatemala had been suspended by Guatemala’s highest court over failure to consult with the Xinca Indigenous people. Almost immediately, Tahoe’s stock dropped 40% as investors dumped their shares.

But the court decision was not the first rumbling of problems at Escobal. For over 7 years, impacted communities have maintained strong opposition to the project, voting against it in 8 municipal referenda, and their opposition to the project has been met with a barrage of abuses, including defamation, criminalization and violence. Since June, a round-the-clock peaceful protest has effectively halted mine operations – a testament to the total lack of social license for the project.

After 2 months of intense lobbying, Tahoe’s license has been tentatively reinstated. Now the company is attempting to resume operations despite the clear risk of further human rights abuses. In choosing to act on behalf of Tahoe, it is clear that Senator Dean Heller needs to be educated on the company’s tarnished reputation and well documented track-record of contributing to serious human rights and environmental damage.

Join us in asking Senator Heller to: 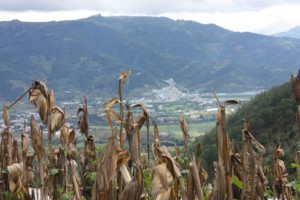