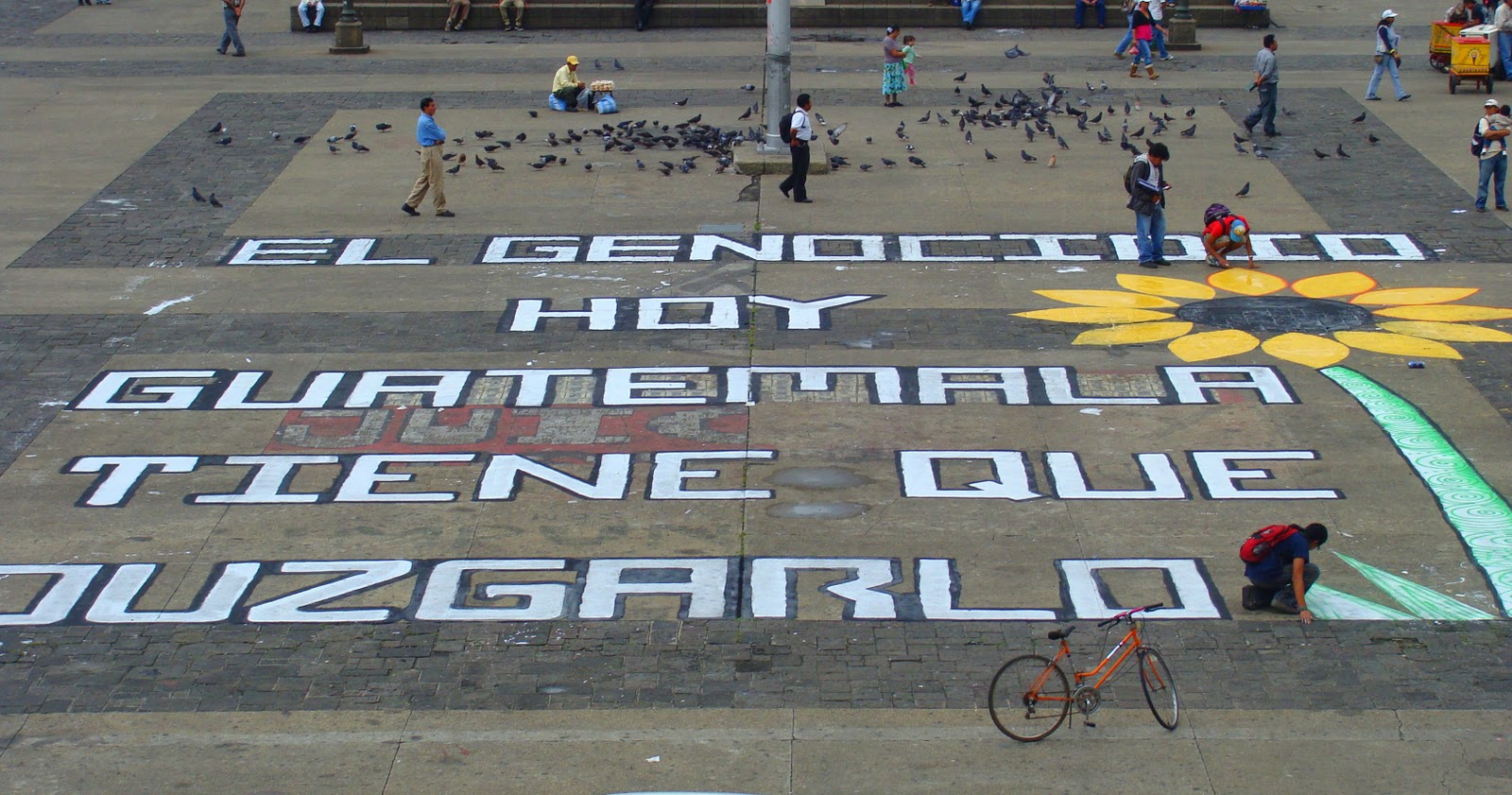 Today Guatemalan society is witness to a historic event. For the first time in our country, a judge has ordered the opening of a trial for the crime of genocide and crimes against humanity. Judge Miguel Ángel Gálvez ordered the opening of the public oral debate that allows the court to hear the respective evidence in this groundbreaking case. This step toward justice is of utmost importance for thousands of survivors of genocide in Guatemala.

The Judge of the High Risk Crimes Court has decided to take this step almost one year after linking General Efraín Ríos Montt to this process, more than one year since linking José Mauricio Rodríguez Sánchez to this process, and after 75 legal challenges (incidents, injunctions, objections, appeals, etc.) to this case.

We value the actions taken by the Judge of the High Risk Crimes Court B and we hope that if other appeals are made by the ex-generals’ defense, that these former decisions will be taken into account and respected in observance of the law.

The resolution presented today sends a message of hope in justice to all those who still suffer the consequences of the internal armed conflict. It also sends a message to the material and intellectual authors of the genocide and crimes against humanity committed during this time period, that genocide, extrajudicial executions, forced disappearance, sexual violence and massacres, among other violations, will not remain in impunity.

This event represents the path walked by thousands of victims of genocide. It allows for the path of memory, truth and justice to continue, which offers a solid foundation for the construction of a more just country. We are hopeful that this case will continue on its course according to law and that soon there will be a final judgment against those who ordered genocide in Guatemala.

For the right to a just country!
Association for Justice and Reconciliation – AJR
Center for Human Rights Legal Action – CALDH
Guatemala, January 28, 2013