Injustice anywhere is a threat to justice everywhere

Far away communities, one struggle.

My name is Isabel Ruano. I was born in Guatemala City in the 70’s, in the middle of a siege during a war. I grew up in the Capital of Guatemala while the armed confrontations happened in the mountains and outside of the city. The children of families in the city who were not directly involved in the conflict were shielded from what was happening in the rest of the country. Even if we had family members who had disappeared, it was not talked about. It was not until college that I read “Guatemala: Never Again!” This led to other readings that would help me understand the reality of poverty and inequality in my country, with all the complexities of colonization, imperialism and capitalism.

After moving to the US in the 2000s, I volunteered with organizations of Guatemalan migrants and got involved in the Immigrants’ Rights Movement. This is how I first learned of NISGUA and the many organizations doing solidarity work. I became interested in doing accompaniment, but my own immigration process made it impossible. I continued to follow and support NISGUA from a distance in the east coast of the US.

In 2020, NISGUA found the need to create a new form of accompaniment in the context of lockdowns and social distance to prevent the spread of the virus. Some of the accompaniers that had to leave Guatemala at the beginning of the pandemic, continued to make calls and follow up with the local partners. After a year, NISGUA staff and board decided to create a position that  followed up, accompanied and assisted remotely. As I was going through my emails one evening, in the fall of 2021, I saw their post for a remote position. I applied immediately.

A few weeks later, after some obstacles with the tools needed for doing remote accompaniment to human rights, land, water, and life defenders, I began doing weekly calls, and monitoring online events. I was thrilled to be a part of this amazing team, and to get to know all the courageous activists in Guatemala. I was also fascinated to find so many parallels between movements in the US and Guatemala.

By then, I had been volunteering for a couple of years with black, queer and trans liberation movements in the US South. After moving to the southeast of the US, which turned out to be surprisingly more integrated than the North, I became a member of a newly formed organization that led many of the Black Lives Matter protests after the murder of George Floyd: the Tallahassee Community Action Committee.

Back in the 2000s, when we were fighting for comprehensive immigration reform, the target was the Federal Government since immigration is regulated at that level. When the Democratic Party lost the majority in the legislature during Obama’s second term, we knew immigration reform was not possible to achieve. When Trump got elected in 2016, we had to work to protect immigrants at the local level, and all organizing shifted to advocate and educate for local ordinances in cities and counties. We saw how cities started enacting immigrant-friendly ordinances. Cities that were welcoming to immigrants would issue IDs and prohibit police from asking for immigration status. Even though many of the main Immigrant Rights groups and organizations had already been working to organize for local policies and measures, after Trump took power in 2016, with his anti-immigrant rhetoric and total control of the legislature, there was very little to do at the Federal level.

The Assembly of The Peoples of Huehuetenango or ADH. 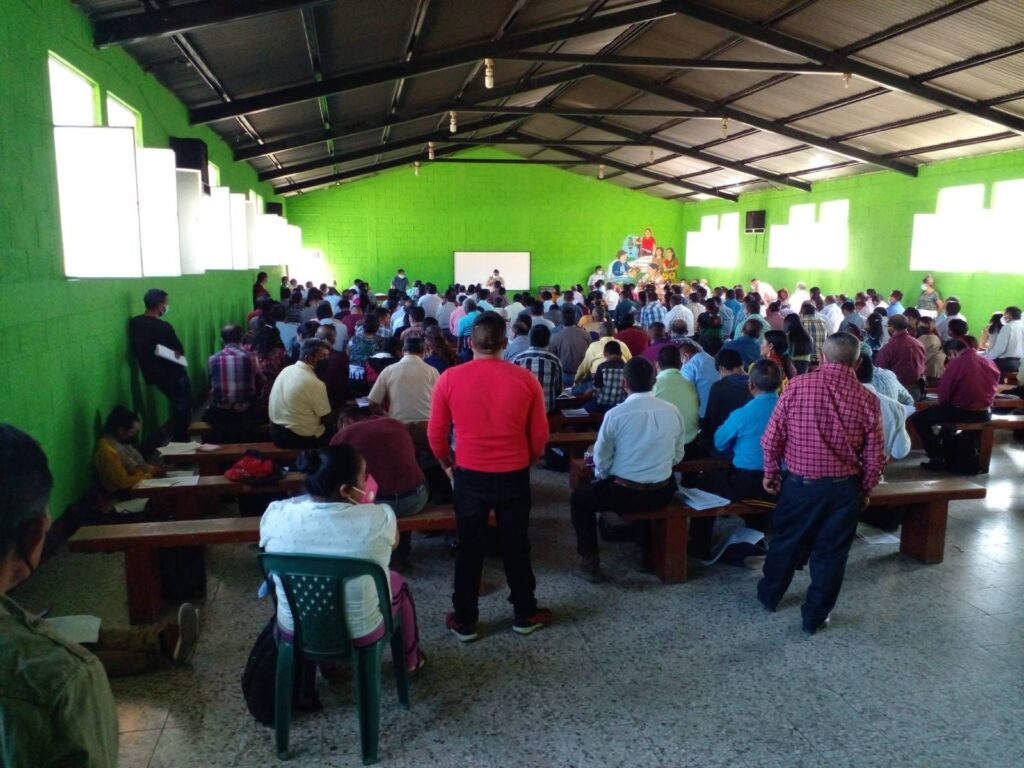 Meeting with 62 communities from Huehuetenango to explain the ordinance to protect the water back in February of 2022. Credit: ADH.

I am so grateful to have had the privilege to work with and learn from our partners from Asamblea Departamental de los Pueblos de Huehuetenango (ADH). They currently use a template for a municipal ordinance to codify local laws that protect the fresh water in their communities. The template is drafted based on the language of the International Labour Organization, Convention 169, for which Guatemala is a signatory. This Convention stipulates the need to consult with Indigenous communities of any governmental decisions that would affect Indigenous territories, their cultural, and spiritual life. That includes large projects, like hydroelectric plants that might divert water, and extractive industries that pollute the environment. The language in the ordinance also considers the Guatemalan Constitution.

The Executive Board of the ADH works closely with the many communities and municipalities in Huehuetenango, which is a very diverse Departamento or region. They make sure to understand and respect each community’s traditional ways and customs of governance. They are constantly traveling and holding meetings to discuss their different campaigns. Discussions, education and consensus are important. They are currently visiting the different regions to introduce and educate about the local ordinance to protect the water. They have seen many times that they cannot count on the national government to protect their land, resources and ways of life. Therefore, they need to pass these local ordinances to do so from the ground up. The commitment they have to their land and communities is outstanding.

There are organizations that choose to fundraise and provide assistance through charity. There are big Non-Governmental Organizations with budgets that require funding from rich countries and/or the private sector. There are also the organizations that try to advance change through electoral politics. The social movements I had been involved with in the US always had the goal of organizing directly impacted communities. People affected from the structural problems of capitalism organize themselves and reach out to others to get them involved. This is organizing from the bottom up through canvassing, town halls, community events and non-violent direct action. This form of organizing is uncompromised by electoral politics or private capital. The main difficulty is that members are volunteers, who are workers, and often parents at the same time. The burn out rate is high, but that is why we have new people join in. We take turns to do the work and step back to rest. 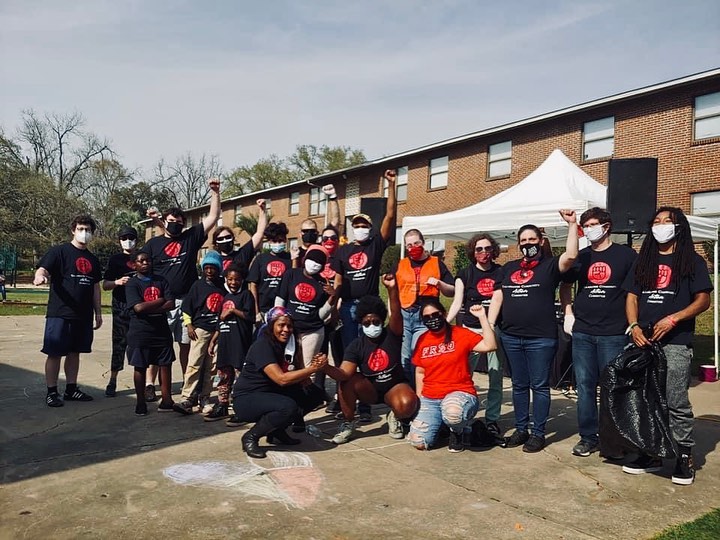 Most of the Guatemalan partners that NISGUA accompanies have similar ways of organizing, if not the same. From fighting for transitional justice to defending the water and ancestral territory, these are organizations where the members are directly affected by the current situation, and the status quo is not an option. Due to not being able to count on the Guatemalan government to protect all of their citizens and their resources, people have had to organize themselves to do it.

I have learned through my time as a remote accompanier, about their canvassing, community meetings, and commemoration of special dates to maintain historical memory. They also use the judicial system but it is a system that unfortunately has been corrupted in Guatemala. They continue to rely on the few judges with integrity to continue the work, but they are very aware of the importance of non-violent direct action and public events to educate and draw attention to issues that are affecting them. The political and economic elites that have held on to power in Guatemala are difficult to educate and dissuade, and sometimes the only way to have leverage is by impacting their economic activity.