We share with you this statement from the Association of Family Members of the Detained and Disappeared of Guatemala (FAMDEGUA), in commemoration of the Los Josefinos massacre, which occurred on April 29 and 30 in 1982. On those days, a military unit from the Guatemalan army burnt houses and committed forced disappearances and extrajudicial killings of men, women, boys and girls, whose bodies were thrown into a mass grave. To this day, no one has been tried or prosecuted for these atrocities.

38 years after the massacre in the village of Los Josefinos, our commitment to find justice continues

On April 29 and 30, 1982, at the beginning of the de facto government of General Efraín Ríos Montt,  a unit of the Guatemalan Army massacred at least 42 people, including 28 adults and 14 minors, in the village of Los Josefinos,  La Libertad, in the department of Petén. During the time that members of the army were in the village they tortured and murdered several community members; later, the bodies were buried in a mass grave. Several survivors were forced to flee to the mountains, while others managed to escape. Nevertheless, some members of the community were pursued in their attempts to save their lives, and during their escape several minors were separated from their parents and to this day are still missing.

Since 1996, FAMDEGUA has accompanied survivors and relatives of victims of the Los Josefinos massacre, who over the years have bravely exposed the events that occurred and have sought ways to obtain justice. In that same year, from March to June, exhumations were also carried out to locate the victims of the massacre, which managed to recover a total of 19 bones, belonging to 15 adults and 5 minors. This achievement by the village survivors was made possible with the support of the Guatemalan Forensic Anthropology Foundation. The recovered bones were buried in the local cemetery by survivors and relatives the following year.

38 years have passed since the Army carried out the massacre in Los Josefinos. However, to this day no judicial process has been initiated against the material and intellectual perpetrators of those events. Nor has the State of Guatemala been willing to remedy the psychological harms to the survivors, nor to look for ways to bring justice for lives that were cut short 38 years ago by State security forces.

We will continue to demand an end to the impunity that has surrounded these events, and that those responsible for the massacre be punished, and that the truth of the victims be brought to light. They have spent 38 years demanding that the facts be brought to light and that they be guaranteed access to a decent life, since that opportunity for improvement was cut short by the counterinsurgency policy of the military high command.

Likewise, we demand that the physical and psychological integrity of the survivors be guaranteed, which is a right that the State must ensure for the victims of serious Human Rights violations caused during the Internal Armed Conflict. And we demand that the inhumane acts, which were inflicted upon the residents of Los Josefinos, never be repeated.

FAMDEGUA affirms its commitment to accompany the survivors and relatives of the victims in their quest to achieve justice, because the perpetrators did not take into account something very important while massacring people –– the immense love that the relatives of the victims have. That is why we will never stop looking for and pointing out those responsible for these crimes against humanity.

Until we find them 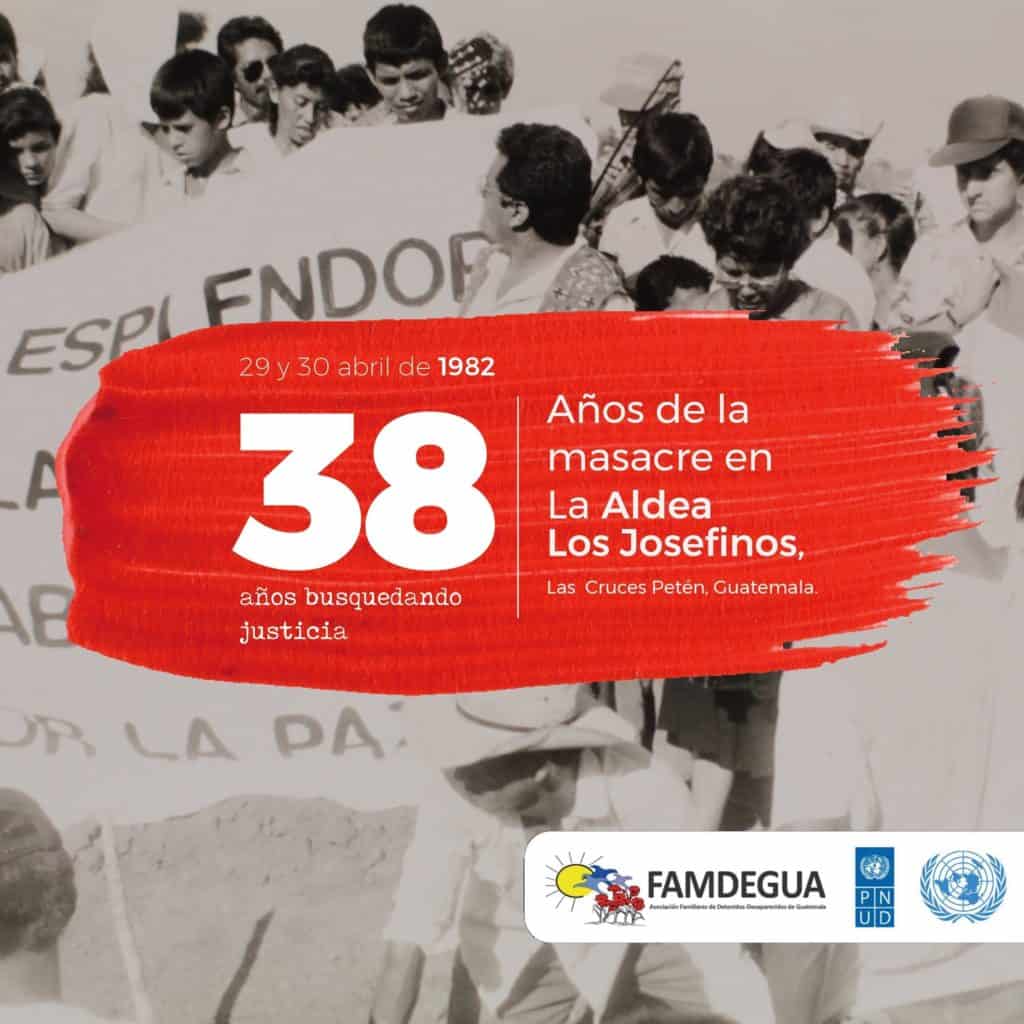 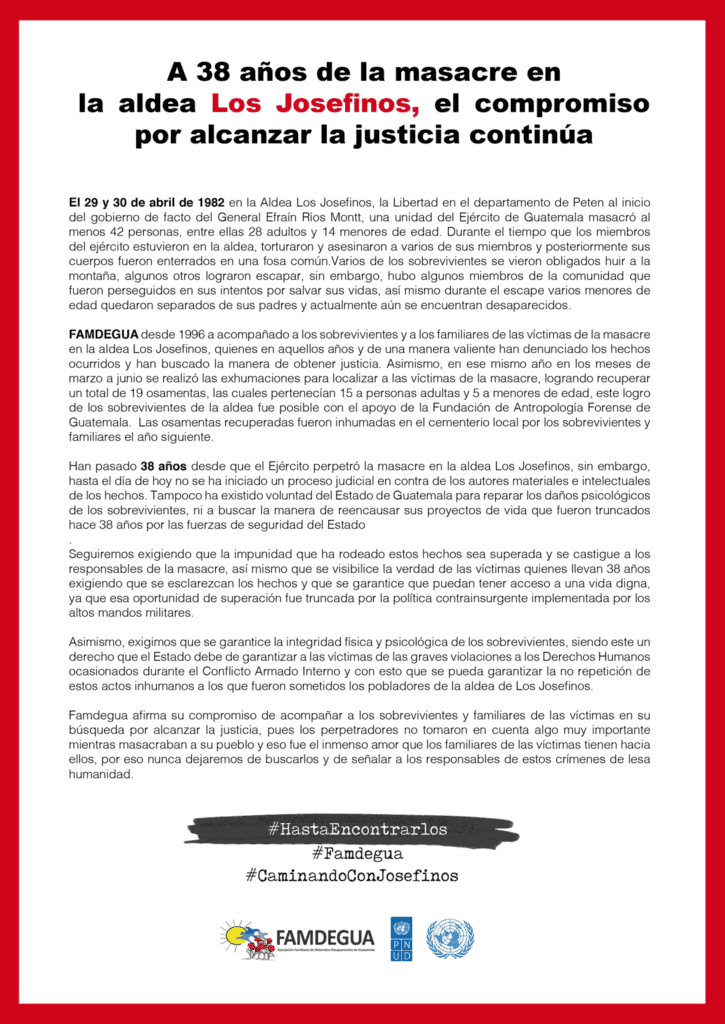