Declaration of the Second Gathering of the Q’anjob’al Nationalities 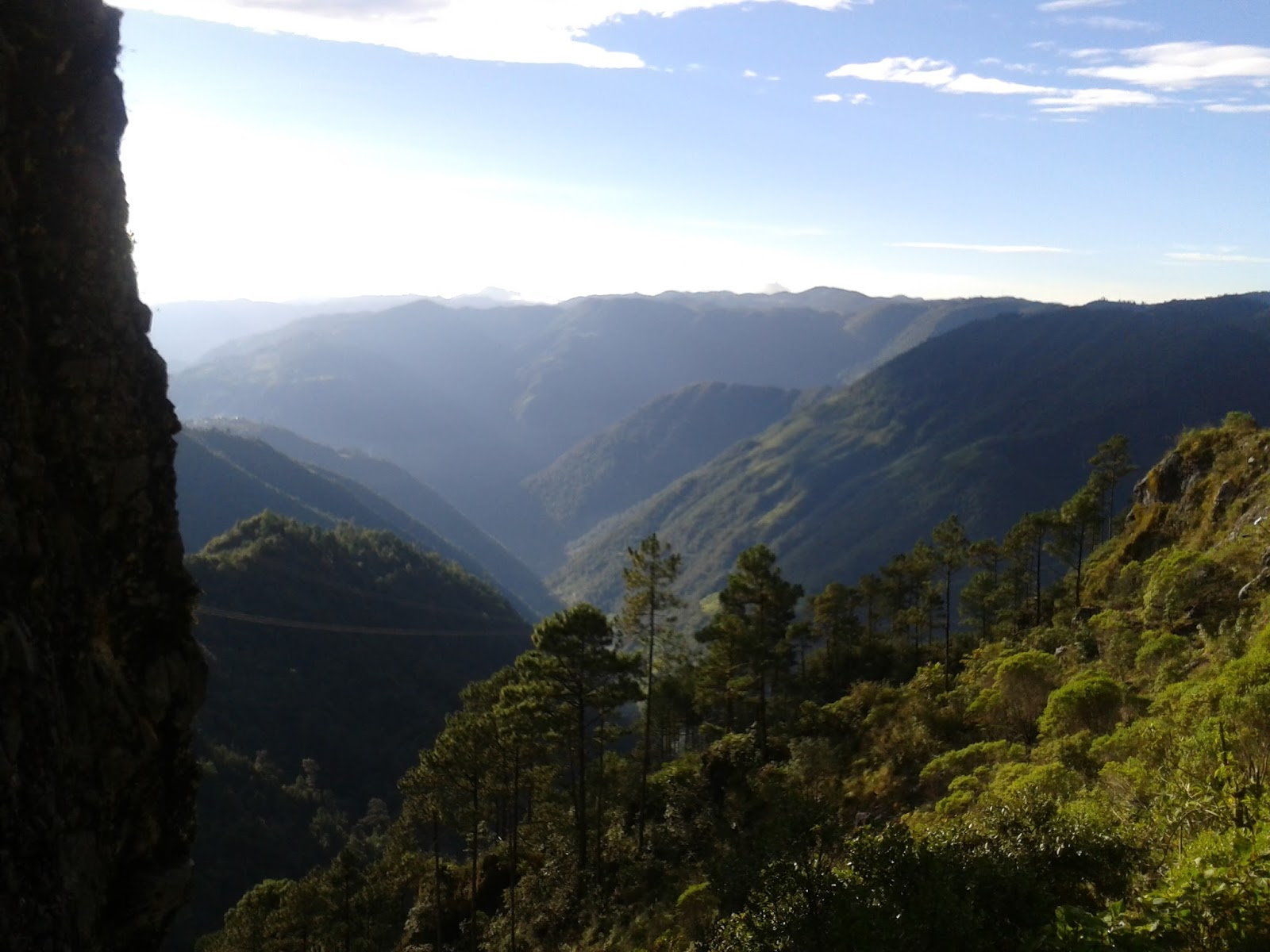 On August 21 – 23, leaders and representatives of twenty Maya Q’anjob’al communities in northern Huehuetenango and Chiapas, Mexico, gathered in San Juan Ixcoy, Huehuetenango to discuss the ongoing imposition of large-scale development projects on their territory and to continue generating strategies for unified resistance moving forward. The three day, cross-border event focused on the reconstitution and autonomy of the Q’anjob’al peoples through the strengthening of the cultural, social, economic and political ties that have historically linked indigenous communities in the border zone between Guatemala and Mexico.

In welcoming the community representatives Francisco Mateo Morales of the Departmental Assembly of Huehuetenango (ADH) explained the essence of the cross-border gathering: “Before we were divided and dispersed in towns, municipalities and countries, we were one, united people. Now our border communities are threatened by the same mega-projects – a new invasion armed with the discourse of false development. We are gathered here to continue the dialogue in order to construct new initiatives, new paths and alternatives for development.”

The gathering reiterated the legitimacy of the community consultation as an expression of cultural and political identity, and as an important tool by which indigenous peoples exercise their nationally and intentionally recognized right to free, prior and informed consent. In 2006 the Huehuetenango communities of Concepción Huista and Santa Eulalia were the first to carry out community consultations. In 2009, eight municipalities located in northern Huehuetenango, together with the Departmental Assembly of Huehuetenango and the Western Peoples’ Council (CPO), were the first to declare their territory “free of mining and mega-projects”. 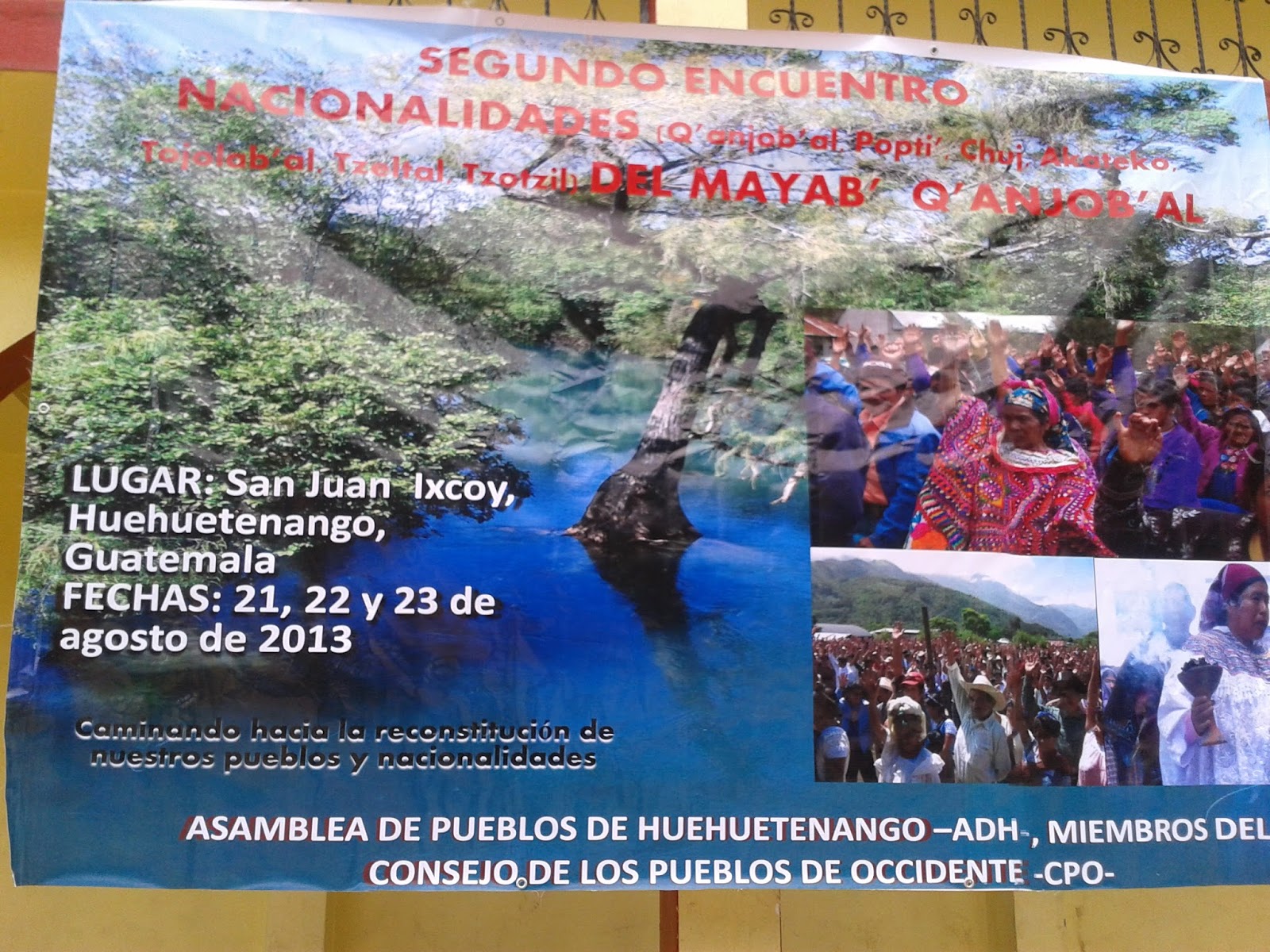 DECLARATION OF THE SECOND GATHERING OF THE Q’ANJOB’AL NATIONALITIES

Despite the force with which the new invasion attempts to once again plunder our territory, our peoples have jointly worked to strengthen our political, social, economic, cultural and environmental struggles in order to continue our path toward the reconstitution of our nationality according to our cosmovision inherited from our ancestors.

Conscious of the role we play today before our families, our communities, our peoples, and the world, in this Second Encounter of the Mayab’ Q’anjob’al Nationalities:

Since the date of the First Gathering until today, the Nation States have increased the handing over of the natural resources of our territories to transnational companies and corporations. At the same time, the States have increased their servility in favor of the above-mentioned companies and corporations by militarizing communities. The justice system functions in support of mega-projects and the the States’ public policies work in collaboration with business interests, resulting in the flagrant violation of our nationally and internationally recognized individual and collective rights.

The elements, natural resources and assets that exist in our territories are our treasure, our wealth and our invaluable ancestral inheritance, and it is up to us to administer these resources according to our cosmovision. Decisions regarding the administration of these resources belong to the original peoples, and not the government nor the companies. The governments and the companies only provoke conflict, pain, fear, anguish, persecution, imprisonment, abduction, torture and assassinations in our territories.

We reiterate our commitment to continue defending our mother earth, the sacred corn, the water, the forests, the mountains, our families, our communities and our people, making use of our own values, principles and ancestral practices with the firm conviction to maintain governability, strengthen democracy and to continue strengthening the unity of the Q’anjob’al nationalities. We will also base this effort on national and international legislation.

The Patq’um, the Q’umlb’ail, the Lajti’, among others, are our peoples’ social political systems based on our own consmovision through which we continue to practice the construction of consensus, agreements and actions in order to strengthen the Q’anjob’al nationalities.

We resume and strengthen political, economic, social and cultural exchange between our peoples, overcoming the obstacles of the administrative and political limits imposed by the States. We commit to continue working to re-establish the ancestral autonomy of our Q’anjob’al nationalities and not allow our small differences to convert into obstacles, but rather to recognize our diversity as our cultural wealth.