Caravan for Dignity: for the resistance and freedom of political prisoners from northern Huehuetenango

This article was written by Gustavo Illescas and originally posted in Spanish on CMI-Guatemala. Translation by NISGUA.

Under the motto “We are all northern Huehuetenango,” the Departmental Assembly of the Peoples of Huehuetenango (ADH) joined civil society organizations and community authorities on a caravan that left the municipality of Huehuetenango on April 6 to head towards their first stop – Santa Eulalia. Today, they will join in celebrations in Santa Cruz Barillas for the third anniversary of the resistance “Nuevo Amanecer” (New Dawn) located in the community of Poza Verde.

The “Nuevo Amanecer” resistance was formed after former President Otto Pérez Molina enacted a state of siege in Santa Cruz Barillas in May 2012. During the state of siege, massive human rights violations took place – including the illegal detention of Q’anjob’al and mestizo community leaders who oppose the hydroelectric projects being implemented by Hidro Santa Cruz, S.A., property of the Spanish transnational company, Hidralia. 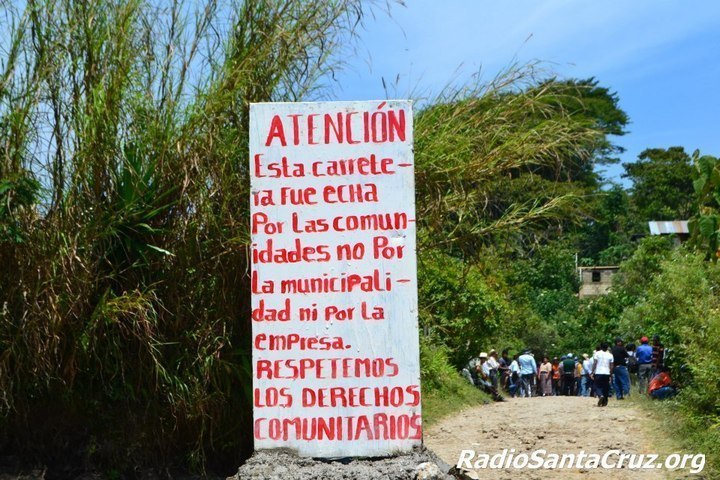 “Attention: This road was built by the communities, not the municipality nor the company. RESPECT COMMUNITY RIGHTS.” Photo: RadioSantaCruz.org

Despite constant community meetings and documents signed by the local authorities, where communities have expressed their staunch opposition to the projects, the company violently entered into the q’an b’alam river basin. As a result, on April 7, 2013, the communities decided to emulate the “La Puya” resistance and establish a peaceful resistance camp along the community road that was being illegally used by the company to access the river.

However, workers continued to enter. At a community meeting on April 22, 2013, the workers signed an agreement that stated that they would not enter until the situation was resolved. On the advice of the company, the workers who signed the agreement filed a legal complaint against Arturo Pablo Juan, Francisco Juan Pedro and Adalberto Villatoro Hernández who, as a result of the situation, have been detained since February 26, 2015. They face charges of issuing threats, conspiracy to commit illegal acts, and illegal assembly. Later, charges of abduction and kidnapping were added. 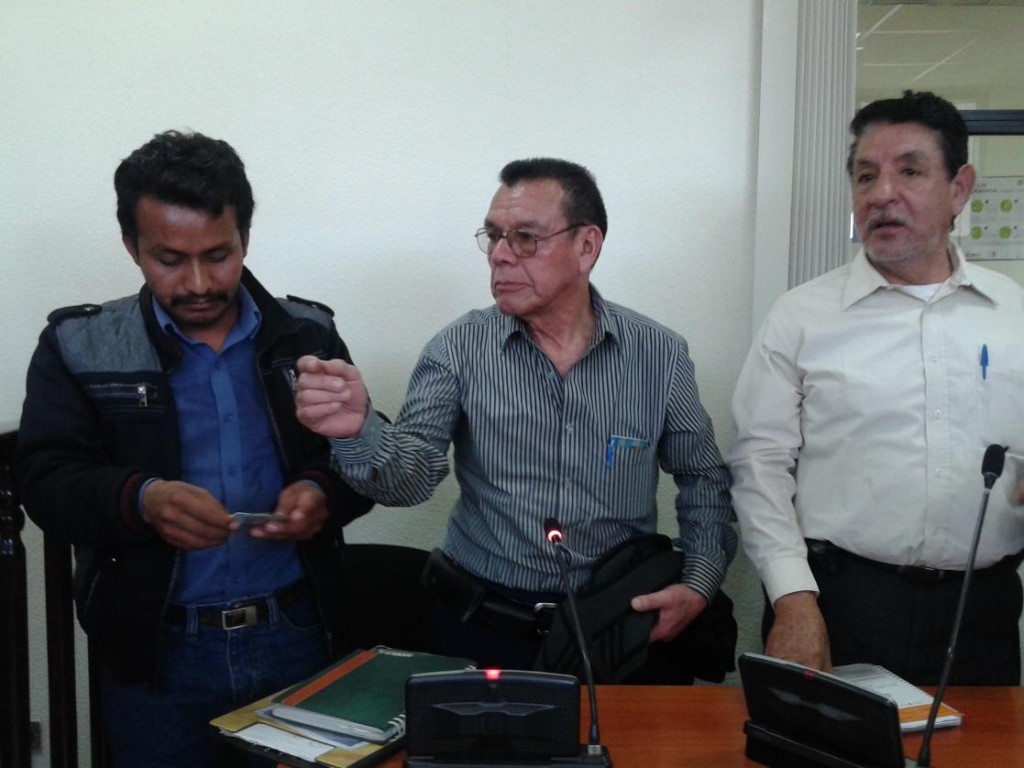 On April 7, 2016, Arturo Pablo, Francisco Juan and Adalberto Villatoro will spend the third anniversary of the peaceful resistance “Nuevo Amanecer” behind bars, in the Zone 18 pre-trial detention center where they are being detained. Photo: Cecilia Mérida 26/02/15

On April 8, the Caravan will arrive at the neighboring municipality of San Mateo Ixtatán, where national and international human rights organizations will gather together with the goal of verifying the situation human rights defenders face in the area.

The goals of this verification mission in San Mateo Ixtatán are to listen to the complaints of the communities in the micro-region of Ixquisís, who feel threatened by the company Promoción y Desarrollos Hídricos S.A. (PDHSA). Through the Israeli company Solel Boneh, PDHSA is constructing the San Andrés and Pojom II hydroelectric dams along the basins of the Pojom, Negro, Yalhuitz, Varsovia and Palmira rivers. The hydroelectric dams are the property of the Rodas Marzano family and are being developed through loans from the Inter-American Development Bank, through the Inter-American Investment Corporation (IIC).

In light of this situation, the Caravan of Dignity seeks to show solidarity with communities in resistance and to document human rights violations perpetrated by PDHSA, Solel Boneh, the National Civil Police and the military, which has been operating a base in Ixquisís since May 6, 2014.

NISGUA has been providing international accompaniment to political prisoners from Huehuetenango since 2013 and is a member of the Caravan.