As Guatemala held its general elections on June 16, the justice system made an important arrest. They captured retired general Luis Enrique Mendoza in Baja Verapaz, as he went to cast his ballot. Mendoza had been on the run for nearly eight years.

Mendoza served as Chief of Operations (S3) during Ríos Montt’s genocidal administration. Mendoza is the father-in-law of Estuardo Galdámez, a current legislator and this year’s presidential candidate for Jimmy Morales’ FCN-Nación party. Galdámez, himself a kaibil, has enthusiastically participated in the Pact of the Corrupt. He has also spearheaded amnesty legislation to guarantee impunity for military accused of crimes against humanity during the conflict. 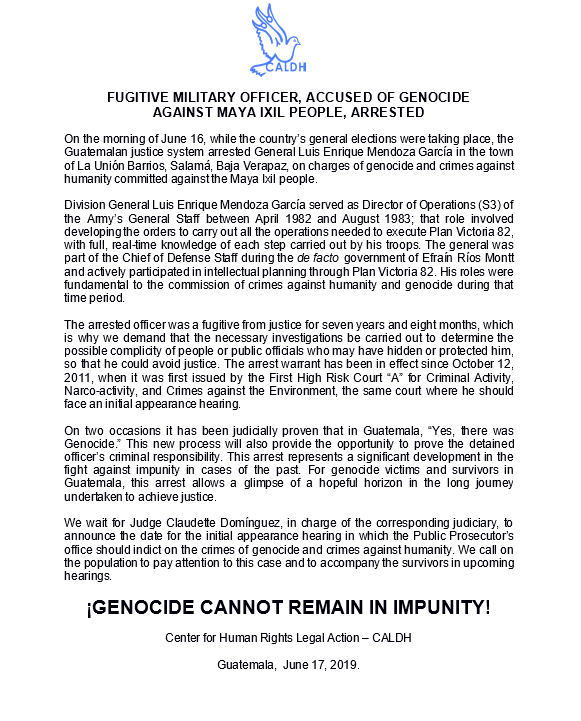 NISGUA stands with Guatemalan partner organizations, including the Association for Justice and Peace (AJR) and CALDH, as they continue decades of work seeking justice for genocide. Please donate today to support NISGUA’s ongoing advocacy and accompaniment work in favor of the fight for justice.