Words from Photographer CPR.Urbana on the National Day Against Forced Disappearance

In commemoration of the National Day Against Forced Disappearance in Guatemala, we share words from photographer CPR.Urbana on the importance of photography in the recuperation of historical memory.

CPR.Urbana describes their project in the following way: The Communities of People in Resistance (CPRs) were civilian fronts of resistance against the counter-insurgent offensive carried out during the war in Guatemala, particularly between 1978 – 1983. CPR.Urbana pays tribute to this heroic resistance of the Guatemalan people, who resisted abandoning the country, and served as the rearguard to the guerrilla organizations among the mountains, hills, and jungles of Péten, la Sierra, and the Ixcán.

Visit CPR.Urbana’s website for in-depth photo essays documenting struggles for justice for the crimes of the past and present. See the original message in Spanish below. Translation by NISGUA.

“This country has always been marketed as a tourist destination, with the faces of indigenous people smiling; the elites learned to take advantage of this even as they committed the worst barbarities on the continent. As people spoke of the disappeared of Argentina by Pinochet or the war in El Salvador, the Guatemalan genocide went unnoticed. Sometimes I think this was because those who were killed were mostly indigenous –and that doesn’t matter as much in the eyes of the West.

As a member of H.I.J.O.S., with a family history of more than 30 years of searching and moving forward, I blindly believe that photographs can serve to testify to what happened here. During a community process to recuperate historical memory, an indigenous person stepped forward to share testimony. When he finished, he reached into a sack he had placed on the table and pulled out some bones. He said, “I bring this here as a witness to what happened to me.” Many find it unbelievable what happened here in Guatemala. Those bones and my photographs try to destroy the myth that here in my country we respect the indigenous and those who think differently. Despite the passing of many decades, people never lose the hope that in these cemeteries they might find their loved ones, and those who are lucky enough to find them celebrate that reunion, the return of their own.

Forced disappearance is sinister because it does not only steal their bodies, it takes away their faces, and the mass graves are the closest we get to our snatched love ones and the faces of those who were snatched away must be known. The photographs, my photographs, they are also indigenous peoples’ photographs, those who resist today, and who smile because despite the blows, they do not forget that hope can also sprout from the earth. Photographs can help the world know that in Guatemala, there are many reasons to never forget.” 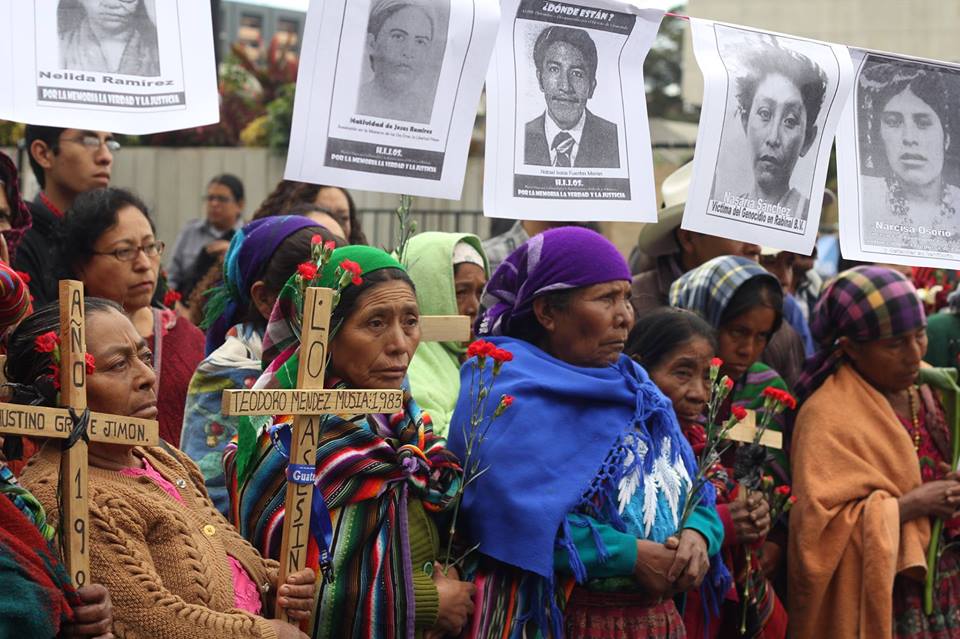