On December 5, 36 Achi women survivors of sexual violence presented a formal complaint of racism and discrimination against judge Claudette Domínguez.

Previously in June, Judge Claudette Domínguez dismissed charges against three of the six ex-Civil Defense Patrollers (ex-PAC) accused of crimes against humanity and sexual violence in this case. She then provisionally closed the case against the other three ex-PAC and requested additional documentation from the Guatemalan Attorney General’s office.

This decision was highly criticized, as the judge disregarded more than 200 pieces of evidence, including military documents, eyewitness accounts, expert witness testimonies, and most importantly, the words of the survivors themselves. Through these actions Judge Domínguez endangered the lives of the witnesses and their families.

Last September, the judge was removed from this case due to her lack of impartiality. The women presented this formal complaint in order to “motivate other Indigenous women to denounce judicial authorities who repeatedly discriminate against and re-victimize survivors of sexual violence, and to set a precedent that puts an end to these practices.” 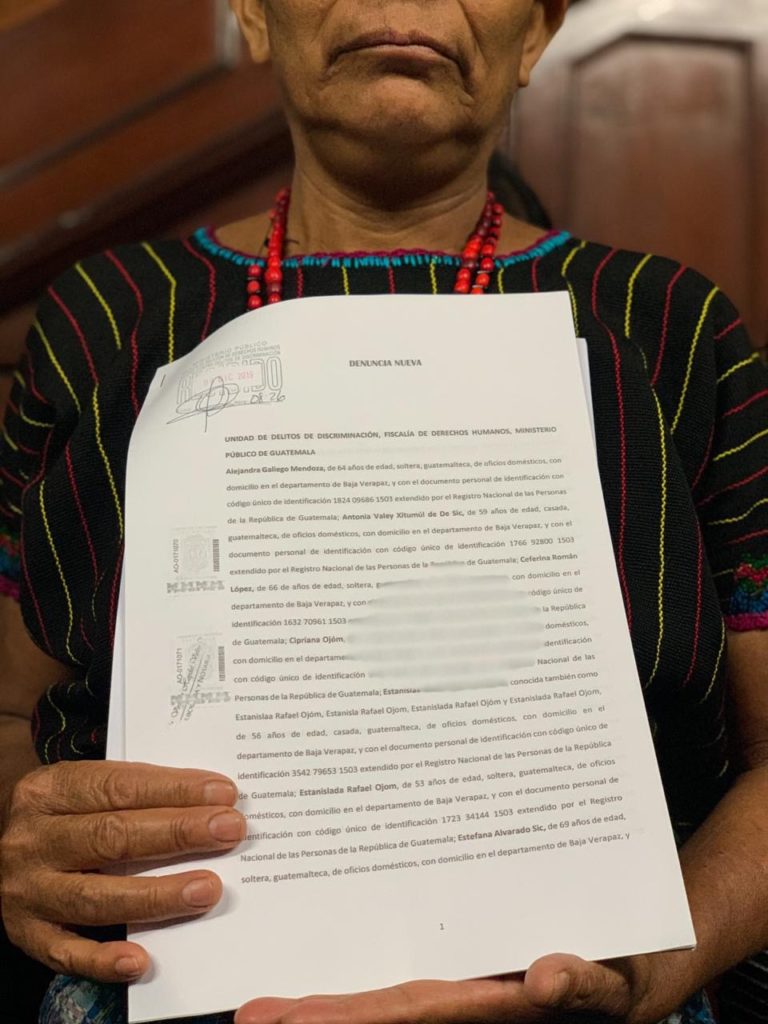 Statement: Complaint against Judge Claudette Domínguez for racism and discrimination

We, the survivors of the “Mujeres Achi” case concerning sexual violence in the Internal Armed Conflict in Rabinal, Baja Verapaz, submit a CRIMINAL COMPLAINT of DISCRIMINATION AND RACISM today against JUDGE MARTA CLAUDETTE DOMINGUEZ GUERRERO, presiding judge on High Risk Court “A”.

In 2018, seven former members of the Civil Self-Defense Patrol were arrested in association with events which we reported between 2012 and 2014. After a preliminary criminal process, six of the individuals were indicted for CRIMES AGAINST HUMANITY. Nevertheless, during judicial hearings Judge Dominguez treated us in a humiliating and intimidating manner, asked us if the Attorney General’s Office paid us to testify, permitted attorneys to use sexist and racist arguments against us, and––most seriously––did not believe our word. Consequently, on June 21 of this year the judge freed all the defendants, putting our lives and the lives of our children at risk.

During the criminal proceedings before Judge Claudette Domínguez, we confirmed that stereotypes, racial prejudice, and gender bias prevail in the justice system against victims of sexual violence, especially when it concerns Indigenous women. Judges “don’t believe a woman’s word”, “blame us for the wrongs we suffered”, “doubt our morality”, and “demand scientific evidence as a necessary requirement to prove rape”. We submit this complaint of discrimination and racism before the Attorney General’s Office to motivate other Indigenous women to denounce judicial authorities who repeatedly discriminate against and re-victimize survivors of sexual violence, and to set a precedent that puts an end to these practices.

1. We demand that the Attorney General’s Officer investigate with all due diligence the acts of discrimination and racism done against us by Judge Claudette Domínguez

2. We request that the Human Rights Ombusman initiate an investigation for this case, and issue an ethics judgement against the judge due to discrimination and racism.

Finally, we request women’s organizations, organizations for victims of Internal Armed Conflict and Indigenous people, and the general citizenry to stand in solidarity with and support the struggle of victims of sexual violence. 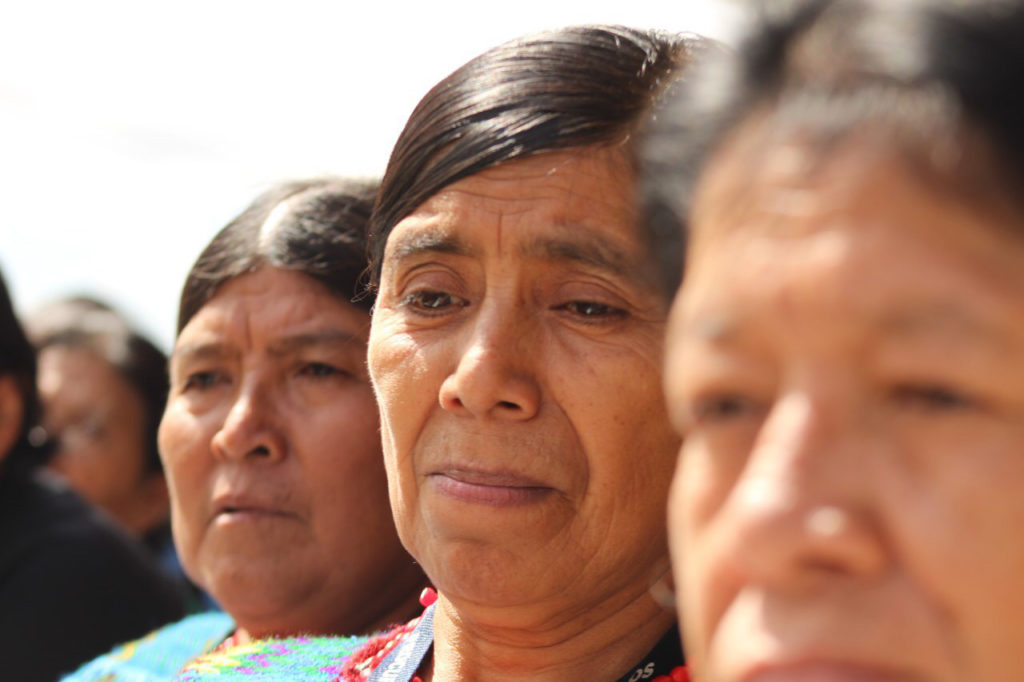 The women demanded that the State guarantees their right to justice and the safety of their families. Photo credit: Juan Rosales/Verdad y Justicia