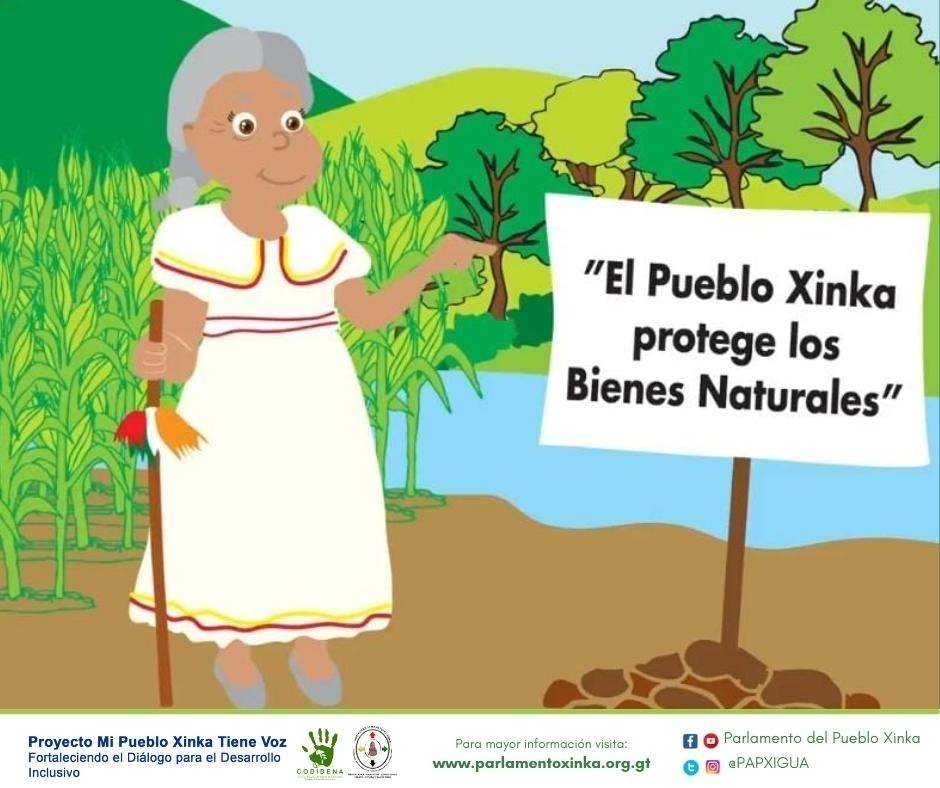 A section of a popular education graphic by Xinka Parliament and CODIDENA. The sign reads “The Xinka People protect natural resources.”

“Yes to life, no to mining:” An update on the Xinka resistance to the Escobal mine

For over a decade, impacted communities have resisted the illegally-imposed Escobal mine. Tahoe Resources, a U.S.-Canadian company, first opened the mine, which is on one of the largest silver reserves in the world. Since the first whispered rumors of the mine, community members have defended their territories through reclaiming Indigenous Xinka identities, art, direct action, legal cases, community consultations, and so much more.

In 2017, the resistance achieved what many had thought was impossible: thanks to legal and direct action, a Guatemalan court ordered the mine to suspend operations. In financial ruin, in 2019 Tahoe Resources was forced to sell the mine to Pan American Silver (PAS), a Canadian company. PAS has continued to violate Indigenous Xinka territory and human rights by insisting on re-establishing mining operations. The resistance remains firm in their opposition to the mine given its negative impacts on the land and people.