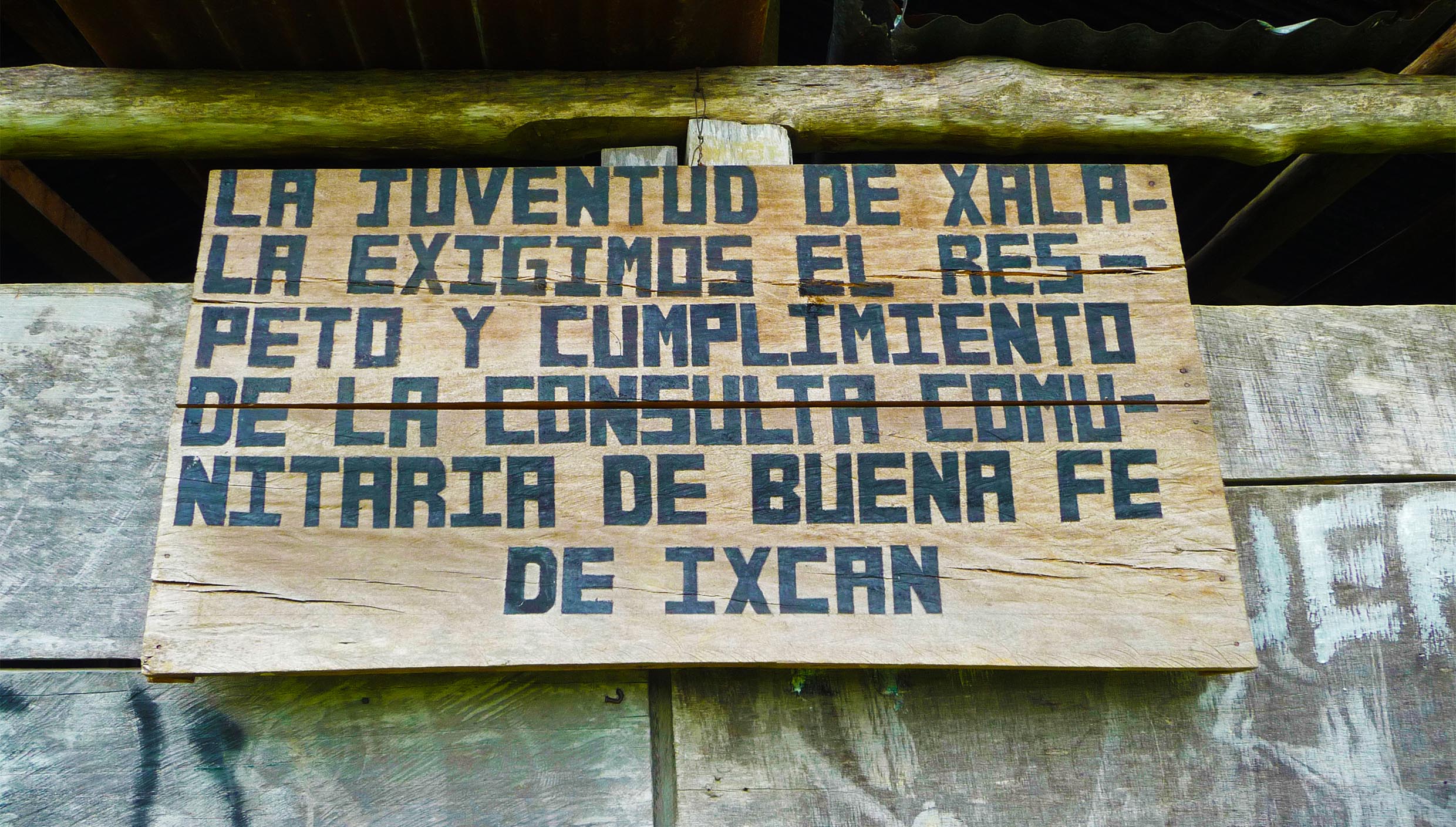 For centuries, Indigenous Peoples in Guatemala have made important decisions through community consultations, a fundamentally democratic process that seeks consensus and community participation in decisions that affect the use of their land and resources. This ancestral practice does not require State-intervention to be valid, rather, it should be respected by the Guatemalan government and other institutions that impact Indigenous Peoples’ territories. Learn more about community consultations in Guatemala and the current threat against them in English and Spanish.

Indigenous communities in the Ixcán, Cobán, and Uspantán regions of Guatemala wrote a statement to the Guatemalan government and diplomatic corps demanding respect for their right to decide what happens in their communities. At the request of the authors, NISGUA invites Indigenous and Indigenous-descendent individuals and Indigenous-led organizations to add their signatures.

Non-Indigenous allies are invited to express their solidarity by signing a separate petition.

I stand with Indigenous Peoples in Guatemala, Canada and the US in calling for: