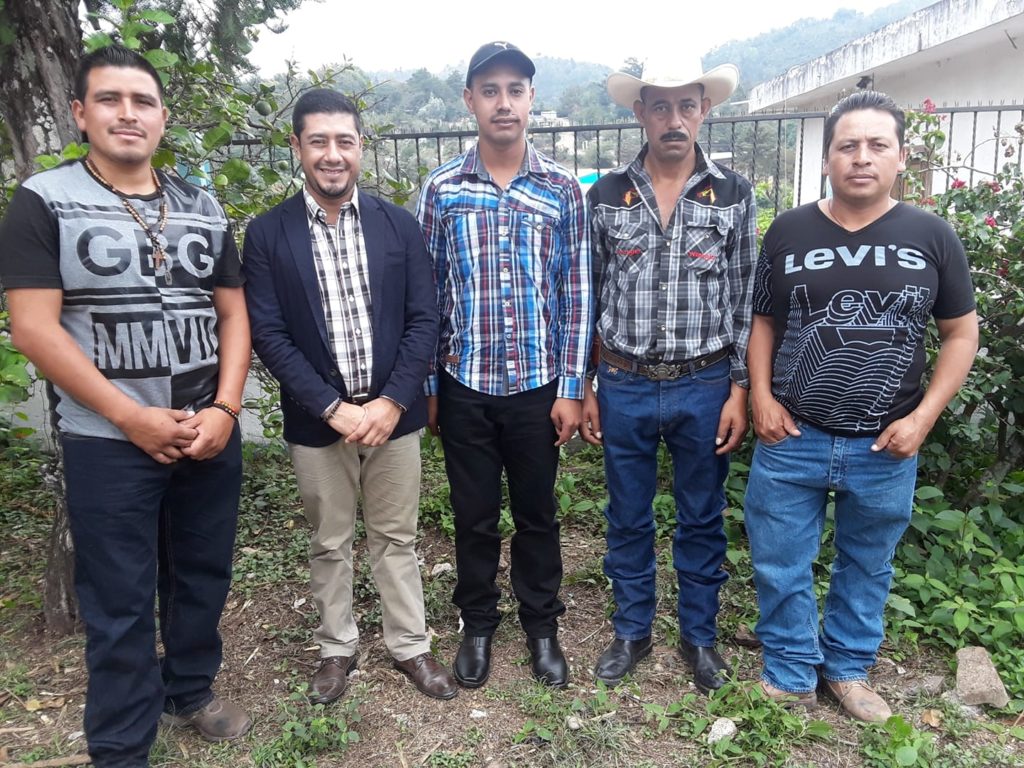 Quelvin Jiménez stands with Luis Fernando Garcia, Adolfo Garcia, Wilmer Pérez, and Misiel Alberto Martínez Sasvin, who survived an attack by Escobal mine private security in 2013. Quelvin represents the men as their lawyer as they seek justice.

For months, Xinka Parliament lawyer Quelvin Jiménez has been suffering from death threats defamation, intimidation, and surveillance. In March, the Xinka Parliament published a press release denouncing death threats against Quelvin: “We fear for the security of attorney Quelvin Jiménez Villalta who was the victim of phone threats, and for all the Xinka authorities and leaders that are participating in the consultation process. We hold the State of Guatemala and Minera San Rafael directly responsible for our security and physical integrity.” Two weeks later, NISGUA was one of 12 organizations to sign on to a letter calling on Guatemalan authorities to ensure that the consultation process take place free of coercion, intimidation, and threats.

Unfortunately, the threats and intimidation have continued. According to Amnesty International, “Quelvin Jiménez received death threats and continues to be targeted with smear campaigns, intimidations, and surveillancedue to his activities defending the rights to land and territory of the Xinca People inthe context of mining activities in the Southof Guatemala. Latest threats include phone calls, the presence of an armed man near his home and an attempt of intimidation while he was goingto his house on 6 May. We urge the public prosecutor’s office to carry out investigation into all the attacks and provide protection for Quelvin Jiménez.”