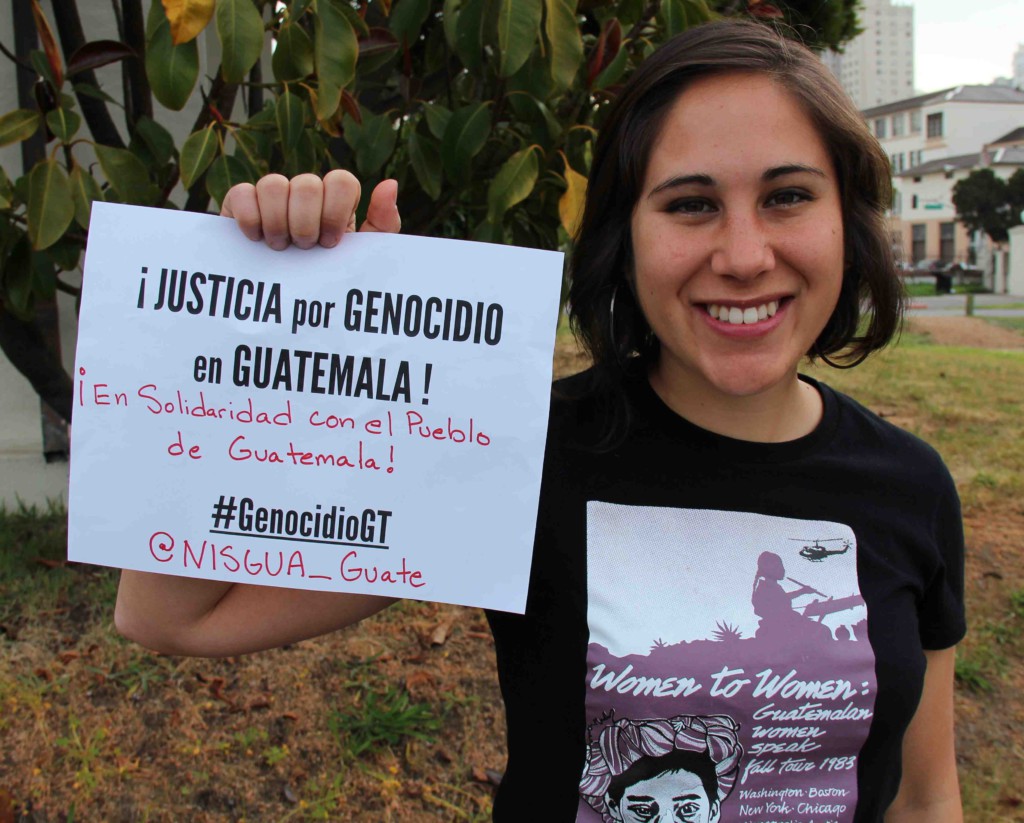 The Network in Solidarity with the People of Guatemala (NISGUA) works to build and strengthen ties between the people of the United States and Guatemala in the global struggle for justice, human dignity, and respect for the Earth. NISGUA accomplishes this through an integrated strategy of international human rights accompaniment, digital organizing, strategic campaigns, political education, and horizontal exchange.

NISGUA works for real democracy in Guatemala and the U.S. and strengthens the global movement for justice. NISGUA builds mutually beneficial grassroots ties between the people of the U.S. and Guatemala and advocates for grassroots alternatives to challenge elite power structures and oppressive U.S. economic and foreign policy.

To achieve our mission, NISGUA distills information, analysis, and perspectives from Guatemalan grassroots organizations and NGOs, and channels them to activists across the U.S., to sister advocacy organizations, and to Congressional offices and the press. We design and organize U.S. grassroots advocacy campaigns in response to the needs on the ground, and where it is strategic for NISGUA to play a role. Through annual Guatemalan speakers tours and on-the-ground support to delegations to Guatemala, we build U.S. understanding of the challenges facing the Guatemalan people, help build the “spokesperson” capacity of our Guatemalan partner organizations, and strengthen people-to-people ties across borders.

For nearly four decades, NISGUA has been one of the primary organizations linking struggles for justice between the U.S. and Guatemala. We formed in 1981 to coordinate U.S. activism to fight state support for Guatemala’s brutal military regime. In 1981 alone, the U.S.-sponsored military government killed or disappeared 19,000 civilians. In the 1990s NISGUA was one of the first international organizations to respond to the request of Maya refugees in southern Mexico for accompaniment as they returned to their territories. Since 2000, NISGUA has accompanied hundreds of genocide survivors seeking justice for crimes of the past, land defenders, and water protectors in coordination with other international and national organizations. In 2019, NISGUA announced the creation of GAP Internacionalista, a visionary new accompaniment program that will connect cross-border movements for Indigenous sovereignty and immigrant justice.

The situation in Guatemala and the U.S. has changed since 1981, but NISGUA is still one of the strongest grassroots organizations working for justice, human dignity, and respect for the Earth by centering Indigenous and campesino peoples’ struggles, from Guatemala to the U.S. 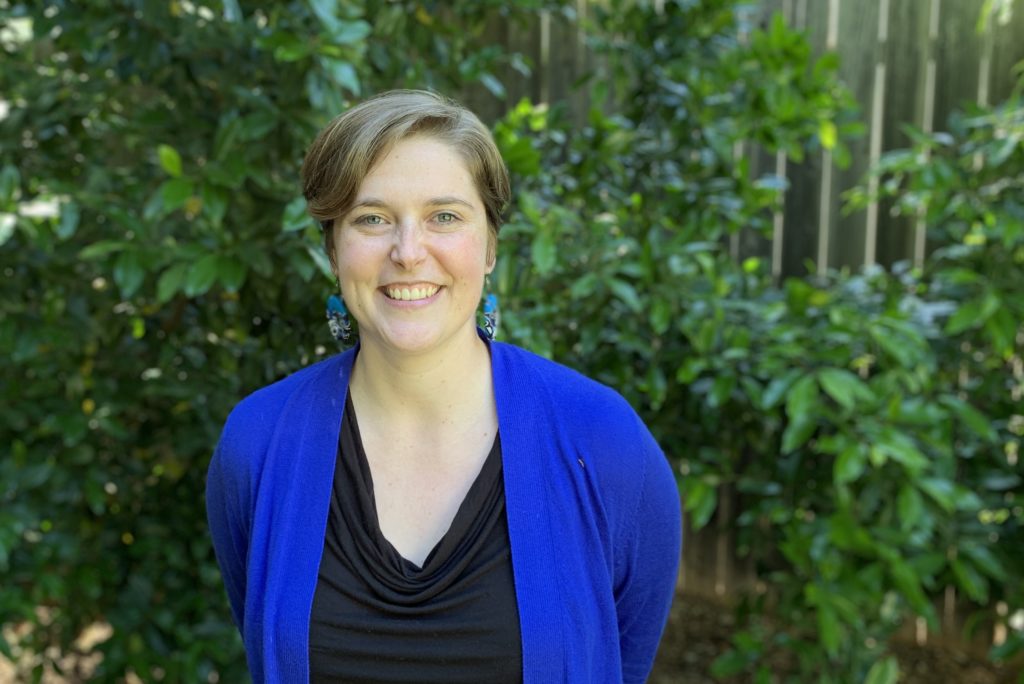 Amanda Kistler (she/her) chairs the NISGUA Board of Directors, which she joined in 2011. She worked as a human rights accompanier in 2008-2009, serving one year in Rabinal, Baja Verapaz, and a second based out of Guatemala City. Amanda grew up in the Needham Sponsoring Community, has served on GAP Council, and continues to organize with NISGUA locally in the Washington, DC area. Amanda directs Communications and Development at the Center for International Environmental Law (CIEL) in Washington, DC, where she has worked since 2010. Amanda has also coordinated CIEL’s international campaigns in support of indigenous and campesino communities defending their rights against large-scale mining projects throughout Latin America. 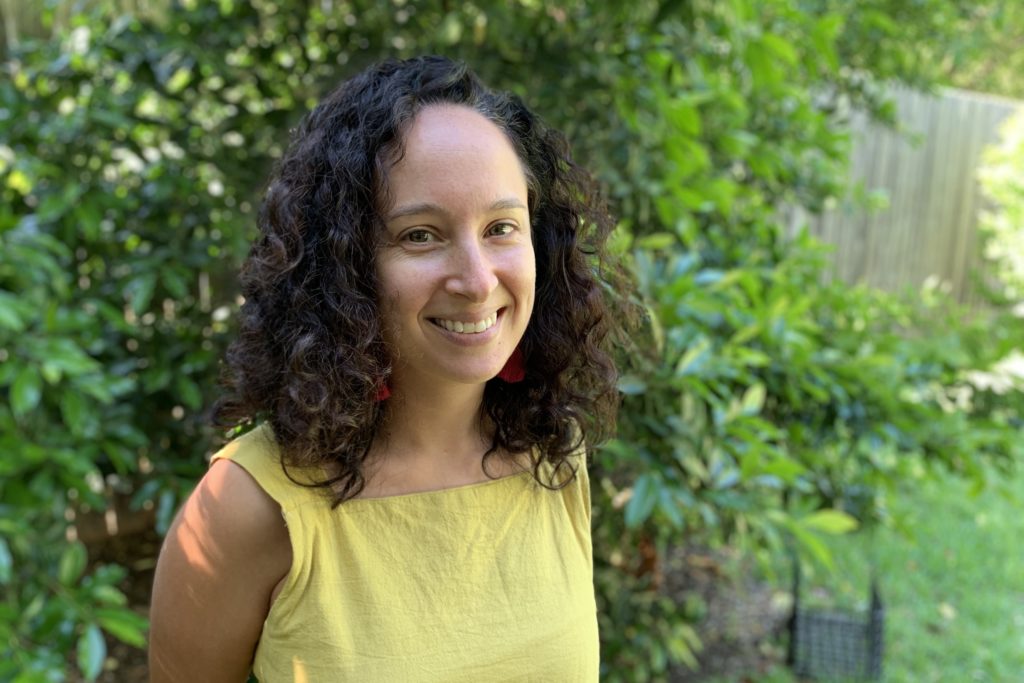 Jillian Tuck (she/her) joined the NISGUA board in 2014, and currently serves as its secretary. Her involvement with NISGUA began in 2006 when she worked as a human rights accompanier in Rabinal. She’s played multiple roles since then– serving on GAP Council, organizing speaking tours, and participating in the Guatemala News and Information Bureau sponsoring committee. Jillian currently lives in Bangkok, Thailand, where she works to bring laws into compliance with human rights standards and supports grassroots organizations in accessing philanthropic spaces. 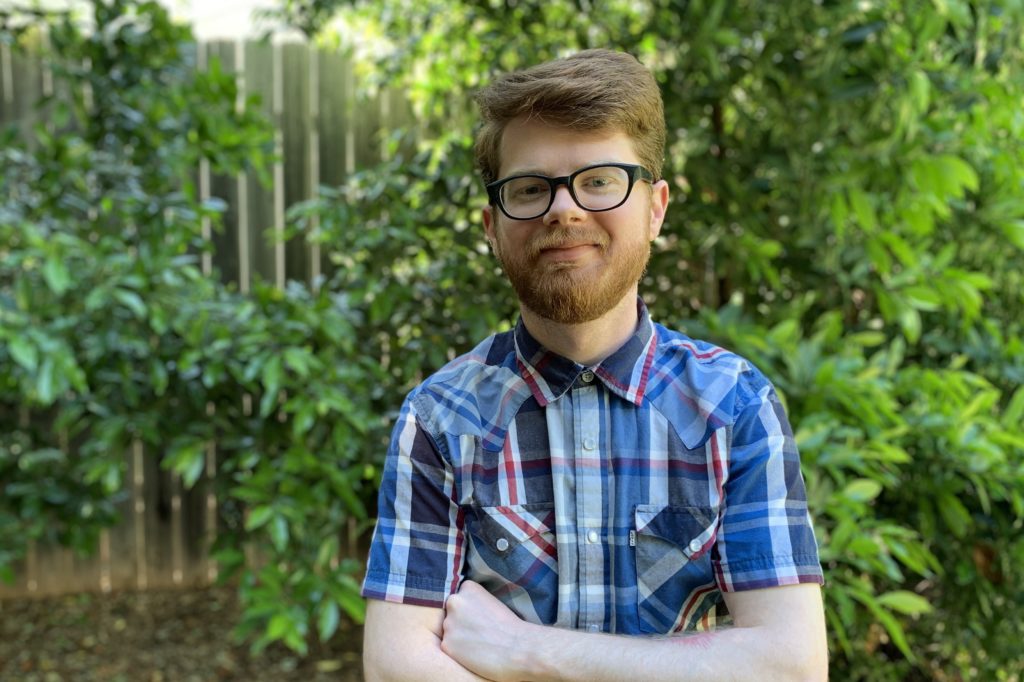 Phil Neff (he/him) has been a member of the NISGUA board since 2016. He first served as a human rights accompanier in the Ixcán during 2008, and joined the NISGUA staff as Accompaniment Coordinator during 2010-2012. Phil lives in Seattle, where he has organized various NISGUA speaking tours and events. He works as Project Coordinator for the University of Washington Center for Human Rights. 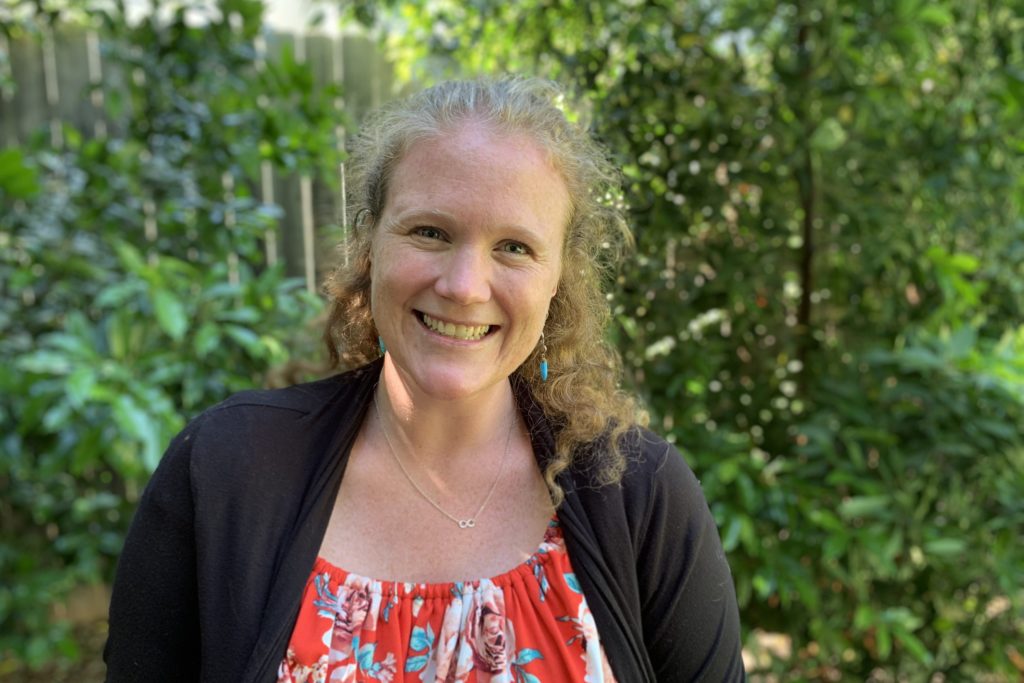 Cat Norris (she/her) joined the NISGUA board in 2014. She served as an accompanier with GAP in the Ixil in 2005 and as a member of NISGUA staff 2005-2007. Cat lives in San Antonio, TX with her family, including two small children. When she’s not occupied with little people, she works as an immigration attorney with Texas RioGrande Legal Aid, assisting folks in both removal proceedings and affirmative immigration matters. 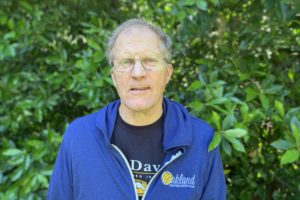 Jerry Kohler (he/him) is the treasurer of NISGUA, joining the board in 2011.  He is a semi-retired CPA with the career experience of owning a small accounting firm and then moving to full-time teaching of accounting at the community college level.  His daughter, Kim, was an accompanier for NISGUA from 2006-2008. He currently resides in Santa Rosa, CA. 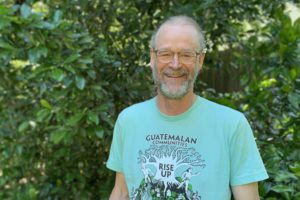 Todd Kolze (he/him) joined the NISGUA Board in 2000, where he has served in the past as Chair and Treasurer. His entry point to Central American solidarity work began with a NISGUA tour in the late 1980s in Santa Barbara, CA. He was on staff of Guatemala News and Information Bureau (GNIB), a founding committee of NISGUA, from 1993-1997. He has held various roles in non-profit and movement organizations including leadership, fundraising, community organizing and direct action. He is currently on the board of ReThink Media and Peace Action. Since 2005, Todd has been a staff organizer focusing on leadership development at UPTE-CWA 9119, a labor union representing a wide range of workers at the University of California. 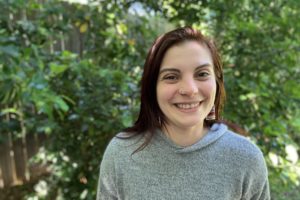 Viviana Gentry Fernández-Pellón (they/she) was first introduced to NISGUA’s work in 2009 through the Earlham College Border Studies Program. She trained and became a human rights accompanier in 2011, working in Huehuetenango and San Marcos until 2012. Since then they have served on GAP Council and now the Associate Board. Viviana works as the Technical Assistance Manager for Advocates for Urban Agriculture in her home town of Chicago, using an internationalist lens to promote local food and medicine sovereignty. 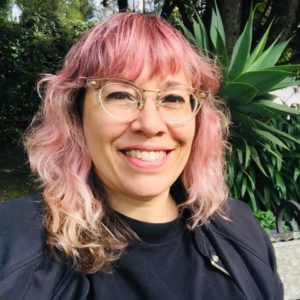 Bridget Brehen (she/her) joined NISGUA in 2005 as an international accompanier in the Ixcán region and is currently a Director in NISGUA’s Oakland office. During her 13 years with NISGUA she has envisioned and implemented innovative models of international solidarity, forwarded NISGUA transformation towards racial and disability justice, shepherded a horizontal leadership model for the organization and created new funding streams for NISGUA’s social change work. Bridget was born and raised by immigrants from the Netherlands and Indonesia in Poughkeepsie, NY, on ancestral Lenni-Lenape and Mahican lands. She finds resilience in the redwoods, is a learning practitioner in the politicized healing movement of generative somatics, and lives with her partner, two teens, and an outrageously adorable puppy. 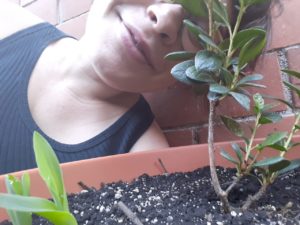 Claire Bransky (she/they) is from occupied Ojibwe territory on the northern coast of Lake Superior in Minnesota. She first got involved in social movements through Black Lives Matter protests in the Twin Cities, racial and sexual justice organizing in college, and struggles against pipelines in the Midwest. After volunteering as an accompanier on the Ixil-Ixcán Team, and then a Communications Fellow in the Guatemala City office, NISGUA hired her as the Guatemala-based Digital Organizer & Partnerships Coordinator in March 2019. Claire continues to try to live out her previous profession of being a farmer by growing as many plants as possible in her tiny urban apartment. 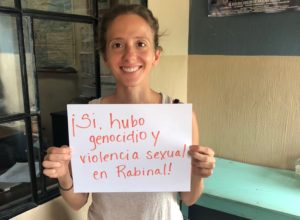 Meredith Wilkinson (she/her) joined the team in June 2019 as the U.S. Operations and Programs Coordinator after spending nine months in Guatemala as an accompanier with NISGUA! She previously lived in Chicago where she has been living, working, organizing, and going to school for the past five years. Primarily throwing down for abolitionist and migrant justice movements in the U.S., Meredith is excited to continue digging deeper into these areas while expanding her commitment to NISGUA and our Guatemalan partners. 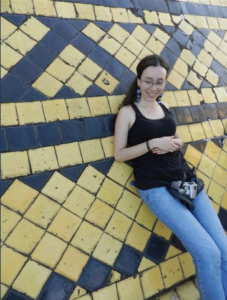 Sarasuadi Ochoa (she/her) is the Guatemala Accompaniment Coordinator. She is from Mexico and she has been participating and organizing with Indigenous organizations in the southern states of Guerrero and Chiapas since 2009. Before joining NISGUA, she lived in Oakland and accompanying Central American families seeking refuge in the United States. She was also a member of a Latina immigrant women grassroots organization in the Bay Area.

Our 2019 Accomplishments: Racial justice, cross-border organizing, and international accompaniment give rise to a brand new GAP in 2020

2019 saw a backlash against historical memory and heightened border and mega-project militarization, forwarded by powers whose influence can be traced back to the Internal Armed Conflict. In response, NISGUA doubled down on racial liberation, horizontal exchanges between Indigenous Peoples, and the foundation of our work: accompaniment of defenders of life. In the context of capitalist colonialism and global fascism, our work showed us that a new path is necessary, giving life to an accompaniment program resourced to take on this violence with innovative forms of organizing. Join us!