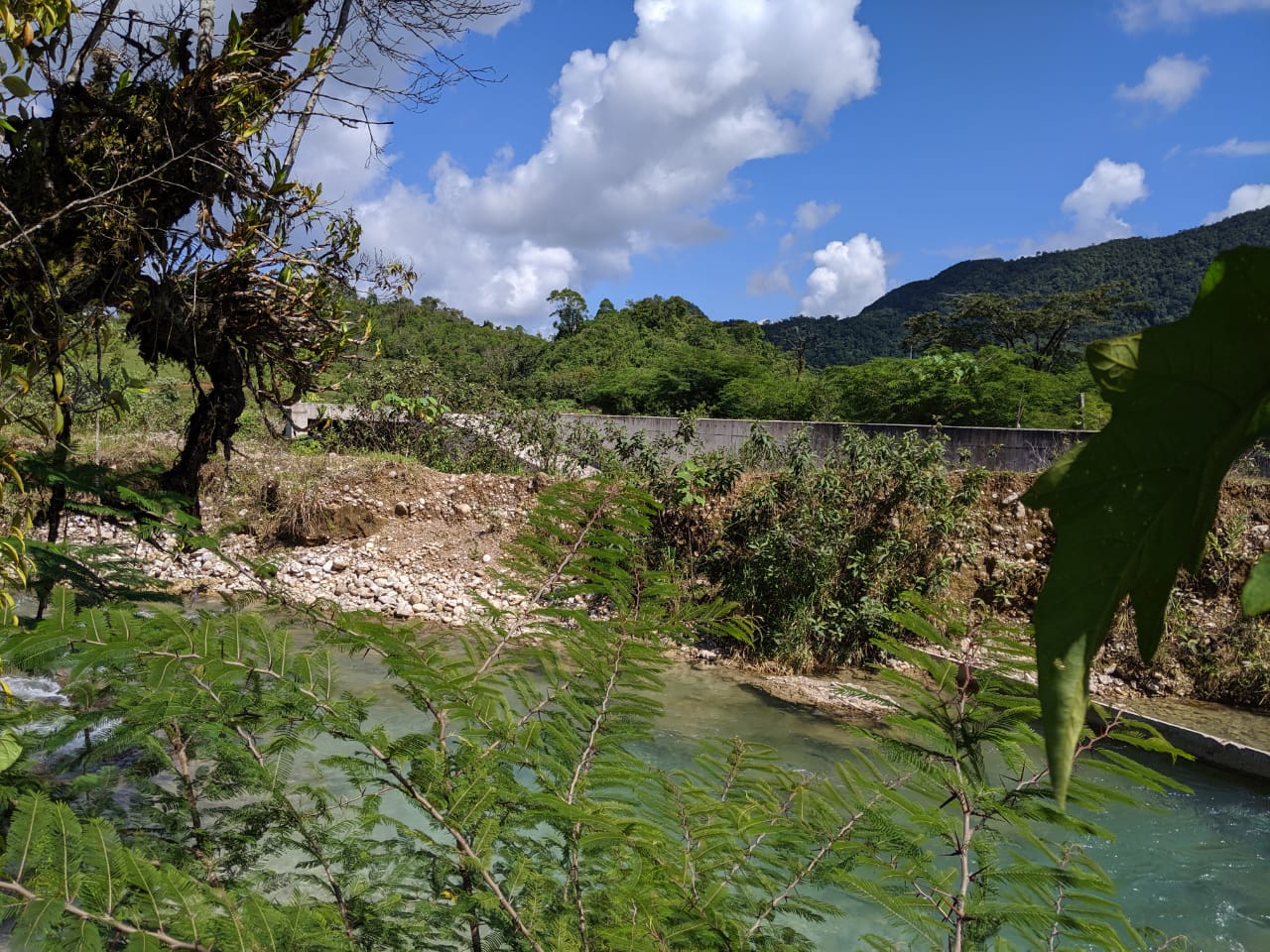 Dams already under construction in Ixquisis are visible from the river bank despite the communities’ ongoing resistance against the imposition of mega-projects in their territories.

Note of clarification: We reject all attempts to link us to supposed criminal acts

On February 29, 2020, certain corporate communications media, such as an account known as Net center on social media, circulated a notice about a supposed armed attack on a section of the National Civil Police (PNC) that is located in the micro-region of Ixquisis in San Mateo Ixtatán. The PNC is located there for the protection of a private business. The little information that was published affirms that this occurred while a group of police officers were on patrol. The substation is located inside the business Energía y Renovación SA, which is the very business that hopes to construct three hydroelectric centers. Furthermore, this construction is planned for the same place that a military detachment is located.

This is not the first time that agents of the PNC have relayed confusing information, which they also leak to the corporate media, while simultaneously criminalizing community authorities of the Chuj, Q’anjob’al and mestizo peoples of the microrregion of Ixquisis and of the northern territory of Huehuetenango.

Faced with these rumors and misinformation dumped on social media and other corporate communications media, we consider this an opportune moment to affirm that the people of the region are not mobilizing, reiterating that each time we anticipate any action in defense of the territory, the substation of the PNC has been informed ahead of time.

We know that after manipulating public opinion and twisting information, there are some sectors interested in moving ahead with the construction of megaprojects to the detriment of the peace and rights of the peoples in San Mateo Ixtatán. The Plurinational Government reaffirms that our actions–aimed at the defense of life, territory, and our individual and collective rights–are not violent. It is precisely the businesses and institutions of the State that have been violent towards our collective communal living.

We reject any attempt to link us to supposed criminal acts. We lament the fact that the current  Government has signed an agreement between the hydroelectric company and State institutions, effectively refusing to recognize the legitimate route to resolve the social difficulties caused by these types of businesses in the department.

We demand that the Ministry of the Government clarify what happened with the PNC agents of Yichk’isis, and that they don’t look to justify States of exception, of prevention, or even States of siege in the territory like those that took place in Barillas, Santa Rosa, and Jalapa in 2012, San Juan Sacatepéquez in 2104, Petén, Zacapa, Izabal, El Progreso, Alta and Baja Verapaz in 2019, or those that have been imposed currently in other regions of the country during the first two months of 2020.

We know that the arbitrary application and the use of the outdated Law of Public Order only takes us backwards to the antidemocratic decades of military dictatorships in Guatemala.