In the early 1980s, communities in the Polochic Valley in Guatemala challenged wealthy landowners for legal titles to their ancestral lands. Around the same time, Guatemalan dictatorships constructed several military bases around the region of Sepur Zarco with the support of the U.S. The base built in Sepur Zarco was designated a military recreation center, where troops would return after taking 15-day rotations patrolling the surrounding mountains.

The soldiers at the Sepur Zarco military base disappeared men from the community who were seeking land titles, demonstrating the powerful connections between wealthy elites and the military. The women that survived them were then forced into sexual and domestic slavery for years. The trial illustrated how patriarchy and racism play out on women’s bodies in war. Grounded in the recognition that these systems endure today in Guatemala and the world over, the women survivors prosecuted this case as part of a multi-faceted strategy for social change. To do so they worked with a coalition of feminist, legal, and psychosocial organizations known as the Alliance to Break Silence and End Impunity. 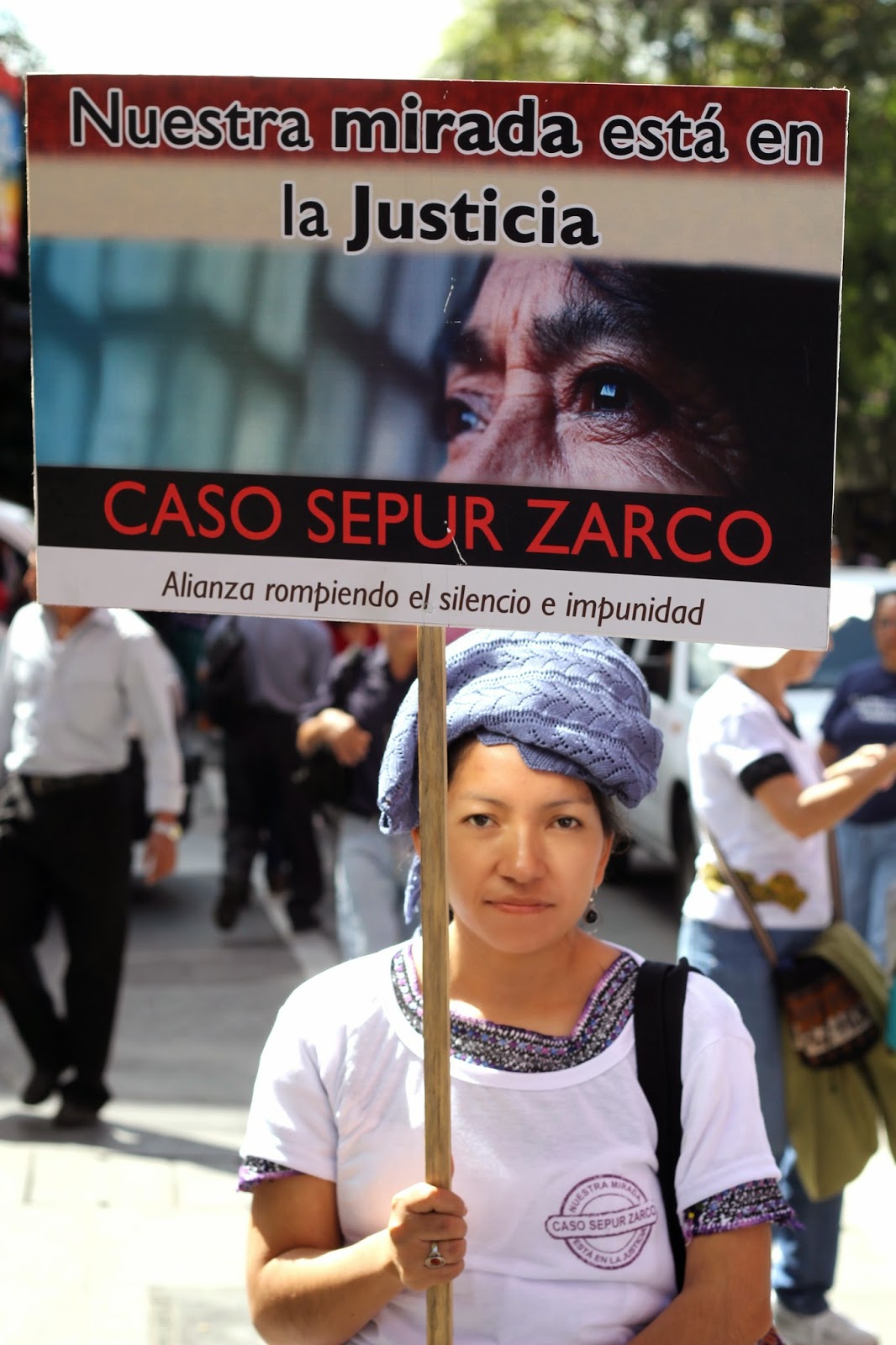